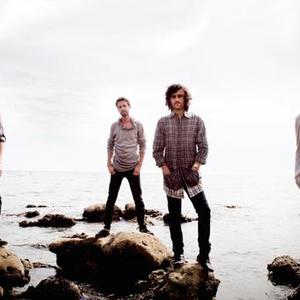 Miami Horror are an Australian indie-electronic band from Melbourne, Australia (with the name referring to producer, Benjamin Plant, and to the four-piece live incarnation). Beginning in 2007 under the moniker Miami Horror, Plant started with a series of remixes. The debut release came in 2008 with a five-track EP, Bravado, on Virgin Records. The live show has Plant augmented by Josh Moriarty (Peacocks, ex-Young & Restless) (guitars), DJ/producer Aaron Shanahan (drums), and Daniel Whitechurch (bass, keyboards, and guitars).

After years in the making here at last is Illumination, the fully realised debut album from Melbourne's favourite psychedelic indie-electronic adventurers Miami Horror. With Illumination, Miami Horror has delivered on two years of teeth-cutting live shows and an ever escalating wave of buzz that's made the group bonafide blog darlings the world over. But what's most amazing about the grand arrival of Illumination is that the roots of the record stretch back countless moons to when Miami Horror began as just one synthesizer-obsessed producer in 2007 huddled over a laptop in a bedroom-come-studio and the album itself just a spark waiting to be lit.

The afore mentioned synth tragic was, and let's face it still is, electronic young gun Ben Plant, who kick started Miami Horror out of a love of Roland keyboards and French house, landing himself on Pitchfork's hot-list overnight and copping a barrage of high profile remix requests from the likes of Datarock, PNAU and The Presets.

Yet it was while Ben was punching out 2008's epochal Bravado EP that Miami Horror took off in a completely new and different direction. Characteristically wanting to flex his creative muscle and avoid the limitations of being stereotyped as simply a dance or electro act, Ben rewired Miami Horror's genetic makeup, deputising the talents of Josh Moriarty, Aaron Shanahan and Daniel Whitechurch to form a new live band persona of Miami Horror, a whole new beast immeasurably more exciting than before.

?It started out that I didn't want to have any guitar on the album besides a little funk guitar or disco bass,? Ben grins while explaining the turning point for Miami Horror's evolution. ?But then Josh came in and started playing all these other parts that sounded amazing. Paired with what I was working on, nobody was doing anything like it, so I knew we had to turn those sounds into a live thing and just go wild.?

It worked. Since the switch, Miami Horror has launched into dizzying new stratospheres, their well-polished chops as a group making for some unmissable sets at Australia's biggest festivals, and that's not to mention some A-list support slot call ups for everyone from Phoenix, Friendly Fires and La Roux to a hand-picked hook up from Lily Allen.

Colours In The Sky (CDS)