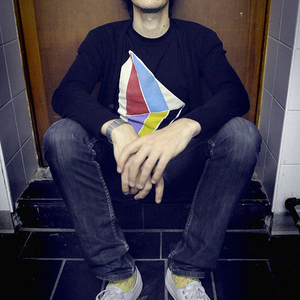 Reims , France YUKSEK Album 2011 : Living On The Edge Of Time Two or three times a week, on his Myspace page, Yuksek gets an e-mail from Turkey saying ?Hey, know what? Yuksek means ?high? in Turkish!? The answer to which is no! Pierre-Alexandre Busson wasn't aware of this when he chose the name by instinct four years ago, partly for its sound and partly to buck the trend of English-sounding names that are ubiquitous in electronic music. In recent months, the pseudonym has been collecting an ever-growing halo of buzz.

Two or three times a week, on his Myspace page, Yuksek gets an e-mail from Turkey saying ?Hey, know what? Yuksek means ?high? in Turkish!? The answer to which is no! Pierre-Alexandre Busson wasn't aware of this when he chose the name by instinct four years ago, partly for its sound and partly to buck the trend of English-sounding names that are ubiquitous in electronic music. In recent months, the pseudonym has been collecting an ever-growing halo of buzz.
Yuksek, originally with Birdy Nam Nam's label, has recently crafted some of the dirtiest, most inspired remixes of hits by Mika, The Kaiser Chiefs, and Ghostface Killah (Wu Tang Clan). On stage Yuksek's svelte, supple physique swoops between his vintage keyboards and FX board and this has set alight concert venues, clubs and festivals throughout the world. Now, the suave musician - anything but a clubber, strangely enough - is poised to let loose his first album, packed full of future hits called ?Tonight?, ?Extraball? and ?I Like To Play?.

Yuksek was born in 1977 and spent his adolescence practicing piano several hours a day at music school before realising that ?the only job I could get was as a music teacher.? He was convinced that there had to be some other path to take. A fan of pop music, raised on The Beatles and Gainsbourg, amazed by the early West Coast rap of NWA and De La Soul and ? above all ? stunned in his early secondary school years by Nirvana's ?Smells Like Teen Spirit? (the beginning of a chain of events that would eventually lead him to Lou Reed's ?Transformer?, which he calls ?the un-equalled summit of modern music?), he grew up to be an intrepid lad who decided, age 17, to stop the studying and start the adventure.

Little by little his reputation grew as one of Reims' key pop figures and over a period of years he developed into the artist we know now aided by the fact that by the end of the 20th Century Yuksek had inevitably discovered electronic music. ?Compared to pop, it had a freedom about it,? he remembers. As an admirer of the Warp label, he found it ?great that Aphex Twin could release Window Licker and then, the following week, some weird experimental track that would be almost unlistenable.?
So are Yuksek's tastes simply all over the place? The answer to which is not at all. The striking thing about ?Away From The Sea? is the coherence that is apparent throughout. With disarming ease, he mixes pop hooks with dancefloor devastation, post-punk riffs and acid loops, disco grooves, experimental arabesque flourishes, house beats and catchy melodies. Within a track you'll hear hints of both the Pixies and Scissor Sisters, or Squarepusher and Giorgio Moroder, or Mirwa?s and Daft Punk. Guests on the album include rapper Amanda Blank (Spank Rock), electrofunk duo Chromeo, psychedelic-folk group The Bewitched Hands and the dance-rock of Shit Disco. All of which highlight that Yuksek is the latest version of a generation un-phased, thanks to the ?shuffle' button on their iPods, easily switching from ? say ? tough garage rock to a melancholic torch song, from a Chopin waltz to a hip-hop beat. A resolutely post-schizophrenic musician, you could say, whose outwardly electronic album hides a pop heart. Songs like ?So far Away from the Sea?, ?Freak'O'Rocker? and ?This Certain Life? are proof of such sentiments.

So what's the secret of the equilibrium found in his finely crafted tracks? Well, first of all it's his naturally spontaneous temperament: ?I compose really instinctively,? he says. ?I never think about what I'm going to do before going into the studio. I work fast and just let my mood guide me.? Hidden away in his own studio (as the apt album title suggests), situated in the basement of a basement, deprived of Internet and mobile phone contact, Yuksek lets his tracks develop into mini-epics, using his talent for twisted FX, sensorial rollercoaster rides and electrifying changes of tack. ?I like it when there's always something going on in a track,? he confides, before tentatively adding ?perhaps because I'm afraid of emptiness??

And that's how Yuksek became the standard-bearer of a post Soulwax/Justice disco-rock club culture.
Now signed to Sound of Barclay in Paris, the more pop-orientated Fiction label (home to The White Lies, Snow Patrol, Yeah Yeah Yeahs and Kate Nash) has release the album in the UK, as Cherry Three/ Interscope will in the US.
In 2009, Yuksek will begin his latest ascension (reaching ?high? as his new Turkish friends would say). However it's only a matter of time before he hits the top.

Living On The Edge Of Time

Away From The Sea