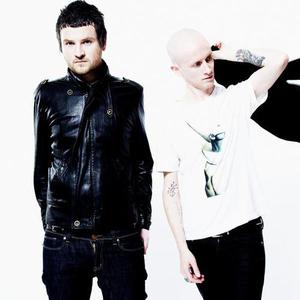 Since storming onto the UK music scene in early 2009, London based duo autoKratz have swiftly merited a reputable and solid name for themselves from the start: With their distinctly unique sound which boasts infectious bass hooks, insanely catchy vocals, compulsive beats and slices & bleeps and comparisons to Digitalism, this electro-duo quickly caught the ears of certain BBC tastemakers such as Annie Mac, Zane Lowe, Pete Tong and Steve Lamacq who helped spread the gospel and gain support from the likes of Tiga, Erol Alkan and Brodinski in the clubs.

Shortly thereafter, the Parisian electro-pioneers at Kitsun? snapped them up to release their full length 'Animal in the Fall of 2009 in Europe, prompting the band to embark on a widely successful tour, recruiting legions of hardcore fans across Europe in the electro underground scene with their formidable live shows, securing them as one of the most sought after breakthrough acts in electronic music this year.

Having played a prestigious festival circuit this year including Glastonbury, Lowlands & Pukkelpop, the autoKratz set combines their trademark rock and roll energy with a remarkably distinctive electro sound - a recipe which has seen them touted as the most significant live electronic act to have emerged in recent years with comparisons to legendary acts such as Underworld, Depeche Mode, and The Prodigy.

?Always More", the first single to be taken from their highly anticipated debut album 'Animal' is a moment of electro-pop perfection, proving autoKratz have honed their songwriting craft to produce a very special record. ?Always More? is sure to become a massive anthem in the clubs and to celebrate its release the band has released an extremely generous remix package that brandishes a variety of talent from a prime cut of DJ/producers from across the electrosphere.

Whilst ?Always More? offers an honest glimpse into the variety and depth of 'Animal', the infectious summer anthem ?Stay The Same?, driving and relentless ?Can&rsquo;t get enough? and the epic ?Speak In Silence?, all combine to create a remarkable collection of tracks with variety and depth, justifying the bands standing as flag bearers of the new wave of British electronic music.

With the forthcoming release of their full-length US debut, autoKratz truly affirms with 'Animal' the strength of their powerful electro-pop song writing skills and are set to solidify themselves as one of Europe's most exciting new acts with this extremely exciting and innovative record.

Of the album, David says ?As a record, its unique and its personal. Its captured an energy which I think is genuinely exciting and reflective of who we are as people.? Russell has a similar sense of accomplishment, ?We were so keen to create something out of the ordinary; something people might not expect. The result is songs about us that we hope to have a real impact on people.?

Self Help For Beginners