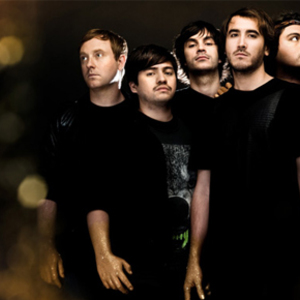 Lost Valentinos are a psychedelic/indie band from Sydney, Australia. They released two EPs under the band name The Valentinos but changed their name in mid 2007 to Lost Valentinos due to the threat of legal action by soul artist from the 1950s, Bobby Womack & The Valentinos. Lost Valentinos have been described by NME as "A skittering shitstorm of punk fury, disco beats and psychedelic excursions, the sonic invention of M83, Can and My Bloody Valentine melding with the panty-poking fun of Wham!, The Pixies and The Human League."

The band's eponymous EP The Valentinos, produced by Kim Moyes of The Presets, was released in 2005. The EP's initial pressing sold out in its first week of release. Their first single, "Man With the Gun", received heavy rotation on Triple J and earned the band a featured spot on the station's Next Crop segment.

Their second EP, Damn & Damn Again, was produced by Nick Littlemore and Peter Mayes (Pnau) and mastered in New York by Greg Calbi (The Strokes, Sonic Youth, Blondie). The EP was Lost Valentinos' first release since signing to the indie label Mosquito's Tweeter in Australia.