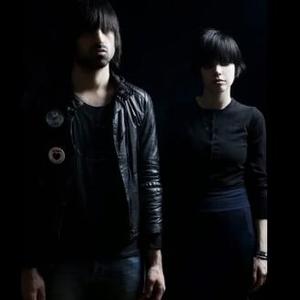 Crystal Castles is an experimental electronic band which formed in 2003 in Toronto, Ontario, Canada and consists of producer Ethan Kath and vocalist Alice Glass. They are named after the lyrics "The fate of the world is safe in Crystal Castles" and "Crystal Castles, the source of all power" both from the theme song for She-Ra's fortress. They are known for their melancholic lo-fi sound and their explosive live shows. Their debut album was included in NME's "Top 50 Albums of the Decade".

Initally the band was a solo project started by Ethan Kath in December 2003. Ethan later discovered Alice Glass singing in a noise-punk band, and thought he had found the "missing ingredient" to his music. In 2004 Ethan gave Alice 60 instrumental tracks and in April 2005 she recorded vocals over five instrumentals. The band's first single Alice Practice was actually a microphone test by Glass. She was not aware that the recording existed until London UK's Merok Records asked to release the track on vinyl. The limited release sold out in 3 days.

Crystal Castles are known not only for their own efforts as a band, but also for commissioned remixes for number of groups, including Hunting For Witches by Bloc Party, and Atlantis To Interzone by friends and label mates, Klaxons.

In mid-2008, Crystal Castles were involved in two controversies related to artwork permissions and samples in their earliest unreleased songs. Crystal Castles used Trevor Brown's artwork (depicting a black-eyed Madonna) without permission. - In one of Kath's earliest, unreleased demos, he incorporated a sample without permission. The track, "Insectica (CC vs Lo-Bat Version)", uses clips chopped out of a song by Lo-bat called "My Little Droid Needs a Hand", released under a Creative Commons license. Another track called "Love and Caring", samples the kick and snare from Covox's "Sunday".

In 23 April 2010 the duo released their second album Crystal Castles (II). This album reached #48 on UK Singles Chart, #8 on UK Dance Albums Chart, #24 on US Digital Albums, #6 on US Top Electronic Albums, and #3 on US Top Heatseekers. Crystal Castles (II) has been met with mostly positive reviews from critics. To date, three singles were issued: Doe Deer, Celestica and Baptism. In late 2010, the band issued the non-album single Not in Love which featured Robert Smith of The Cure on vocals.

The band toured throughout 2010 in the US and abroad and played the Reading and Leeds Festivals and Glastonbury Festival in the UK and Big Day Out in Australia. In February 2011, the band will perform on the NME Awards Tour