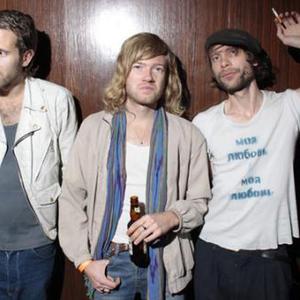 Thieves Like Us is a five-piece band based in Berlin, Germany and Paris, France. With a true charm, they developed a fresh, romantic aesthetic between a pop, funky, na?ve universe ? la Hot Chip and the German krautrock scene. As all parties seemed to be mainly soundtracked by electro and techno, they began to DJ, playing old Krautrock, italo disco, David Bowie, Iggy Pop, Factory Records stuff, and even new hip-hop. Later on they discovered French filter house and added this to their repertoire.

Their first album titled "Play Music" was recorded in Berlin, London, New York City and Stockholm and released in 2008.

After three albums and two EPs Thieves Like Us, despite being sonically and ethnically uncategorizable, have finally found the comforts of home on Captured Tracks. 2012 saw the addition of Martine Duverglas, Anna De Marco and Dani Imhoff and the multilingual bunch are gearing up the release of their fourth long player, Bleed Bleed Bleed.

Forget Me Not (MCD)