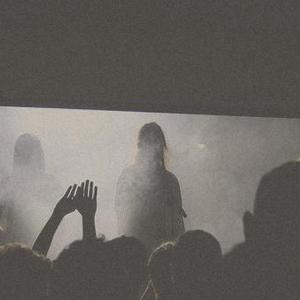 1. SALEM is a US-midwest band from Traverse City, Sound is composed of dark ambient but with elements of shoegaze, psychedelic dubstep and trip-hop. Some of the hype about Salem is perhaps the mystery that surrounds them. Much is unknown about the artist(s). Self-promoted through their two (eerily indescribable) Myspace profiles, Salem was quickly found by the likes of 20JGF, NME and brooklynvegan. They are a band, consisting of one girl and two guys, from Chicago/Michigan/NY. Their music has been compared to a cross between The Knife and Burial. So far they've released two CD-R's on the Texas imprint, Disaro, (both out of print) and a 7" on the Canadian label, Ac?Phale.


2. The first Metal band hailing from Israel, and one of the most extreme at the time. Also the fathers of what's mostly known as "oriental" metal.

Salem was formed in 1985, and is considered to be one of the first bands in the global underground scene to play death/doom metal.

After 5 years of a successful underground career the band released another live demo "Millions Slaughtered " (1990). This sold 1 500 copies and lead to a record deal with the German label Morbid Records.

"Creating our sins" (1992) and "Kaddish" (1994) were released by Morbid Records and sold over 40,000 copies worldwide. Prior to the release of "Kaddish", Morbid Records released a 7 inch picture EP with the single "Dying Embers"(1994) to promote the album, and when "Kaddish" came out, a limited edition picture disc was released. The opening song "The Fading" was played on MTV's Headbanger's ball rotation and had the band elected as one of the best 10 up-and-coming bands in the world by MTV and Kerrang.

"Kaddish" also featured a cover song in Hebrew called "Ha'ayara Bo'eret" (the town is on fire), a song about the Holocaust. National controversy lead to the Israeli parliament discussing whether it was appropriate for a metal band to play such songs.

In 1998, following the best offer the band got from Israeli label B.N.E., producer Colin Richardson, the man who had produced acts such as Machine Head and Fear Factory flew over to Israel to record "A Moment of Silence". The album was recorded in D.B. studios in Israel and The Chapel in England and was released late 1998. A big distribution deal with Modern Music (Germany) fell through due to miscommunication between B.N.E. and the band.

In early 2001, Salem was released from their contract with B.N.E. In December 2001, Salem signed a 3 album deal with KMG/ System Shock from Germany. Their 4th album "Collective Demise" was released in September 2002.This was the most aggressive Salem album to date. Produced by the band and recorded in D.B. Studios (Drums, Bass, and Guitars) and Noise Studios (Vocals and mix) in Israel to maintain the bombastic production standard set forth with previous release "A Moment of Silence".

In 2005 Salem released another album named "Strings attached". The album consisted of 11 previously-recorded re-recorded with added string instruments. The album was also released as a special edition with a bonus CD. This featured 3 remixes, 4 live performances from the ?Live Demise? DVD, one drum solo, an alternate take of ?A Moment of Silence? and 3 instrumental versions of songs from ?Strings Attached?. This edition comes in an all exclusive new slip cover.

The "Live Demise" DVD was shot last July in front of 900 fans, this full-length live concert is presented in stereo, 5.1 and DTS mixes. The DVD includes bonuses such as: 7 promo videos, a behind the scene featurette, a making of featurette, a gag reel, 2 easter eggs, English, German, Russian and Japanese subtitles and a 12-page full color booklet.

Around 2006 the band signed up with french metal powerhouse record company, "Seasons of Mist".

A brand new CD entitled "Necessary Evil" was released on the week of 29/06/07. The CD can be divided into Two parts, the first containing ordinary songs and the second containing a 27-minute long piece titled "Once Upon a Lifetime Parts I - V", written by drummer Nir Nakav for the birth of his son.


3. An alternative hip-hop band from Seattle, USA. They fuse funk, hip-hop, jazz, and Afro-Cuban music with bits of other musical styles. They are especially well-known for their socially conscious lyrics. Their music is composed and written by bandmember Todd Anders Johnson.


4. A post-hardcore band from Gainesville, Florida which was ex-As Friends Rust. They were very similar to other bands of the genre with the exception of the boisterous vocals of Adam D'Zurilla which gave Salem a uniqueness out of the reach of most. Unfortunately they were extremely short lived and were only able to release an EP entitled "Love It Or Leave Me".

As It Is Above, So It Is Below