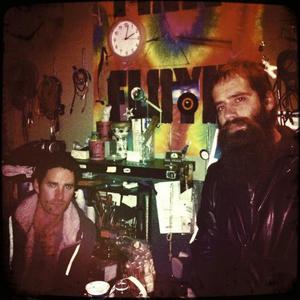 L.A.'s Capital Cities arrive with a little sonic head rush called ?Safe and Sound', an easy, breezy, beautiful slice of effervescent electro-pop that even comes complete with a massive ?trumpets-in-da-club' bit that absolutely kills it. (Neon Gold) The song has catchy indie stylings and features the beloved vintage Juno-106 keyboard that gives the production such a comforting retro vibe. (Arjan Writes) It's a scorcher bound to make your dance-infused taste buds sizzle. The music swarms with outside-of-the-box tendencies, jam-packed full of life, energy and unusual yet fantastic sounds.

Recording original, high-quality songs is one thing, but the ability to perform them live with passion, energy and a great, unique sound is a completely different beast. Capital Cities have both down to a science. (The Chuckness) They controlled the audience with addictive beats that caused strangers to dance with each other. Everyone sang along throughout the night regardless if they were first-time listeners. (Campus Circle)

In 2008, Ryan Merchant found Sebu Simonian on craigslist in his search for a collaborator. The two formed a composing team, and in 2010, they began producing material for Capital Cities. The band released their debut EP last summer and saw their lead single 'Safe and Sound' climb to #2 on Hype Machine and hit #1 on CMJ's A&R unsigned spin chart.

Capital Cities have played sold-out shows in their hometowns of Los Angeles and San Francisco and embarked on a successful mini tour of the East Coast and Canada last October. In November, after reaching #1 on South American radio, the band flew to Lima, Per? to play in front of 1000 fans. They just headlined the W Hotel New Year's Eve party in San Francisco and are now back in L.A. as 987fm's January Resident Artist. Look for them in Austin, Texas at this year's SXSW.

In A Tidal Wave Of Mystery (Deluxe Version)

In a Tidal Wave of Mystery