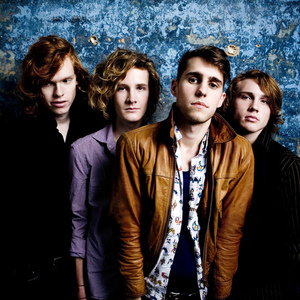 Yves Klein Blue are an Australian indie/rock band from Brisbane, Queensland that formed in 2006. The band are signed to Brisbane record label Dew Process, under which they re-released their debut EP Yves Klein Blue Draw Attention to Themselves. Yves Klein Blue have supported a number of local and international acts, including The Fratellis, The Living End, Ben Kweller, You Am I and The Grates, as well as enjoying slots at Big Day Out 2008, SxSW 2008, Pyramid Rock Festival 08 and Splendour in the Grass 2008.

Their debut album, Ragged & Ecstatic, was released in Australia & New Zealand in July 2009.

On January 31 2011, Fasterlouder announced they had officially broken up in the second half of 2010.

The band's name is taken from the colour International Klein Blue by Yves Klein.