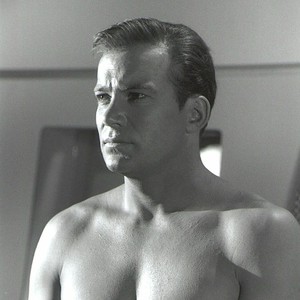 William Shatner (born March 22, 1931) is a Canadian actor, writer and musical performer and director who gained fame for his starring role as Captain James T. Kirk of the USS Enterprise in the television show Star Trek: The Original Series from 1966 to 1969 and in seven of the subsequent movies. Shatner has written three books chronicling his experiences playing James T. Kirk and being a part of the Star Trek franchise.

He has since worked as a writer, producer, director, musician, bestselling author, and celebrity pitchman (most notably for Priceline.com).

He has worked with Ben Folds, both on Folds' Fear Of Pop project, and more recently on Shatner's album Has Been (which also featured Joe Jackson on his cover version of Pulp's "Common People").

Upon reaching his seventies, Shatner shows no signs of slowing down. His acting career reached a new peak when he won two Emmy Awards (in 2004 and 2005) for his portrayal of attorney Denny Crane in the television series The Practice and Boston Legal. In 2008, Shatner stared in his own talk show, entitled "Shatner's Raw Nerve" on Bio (Biography) it focuses on the personal lives of celebrities stuff that is not normally discussed.