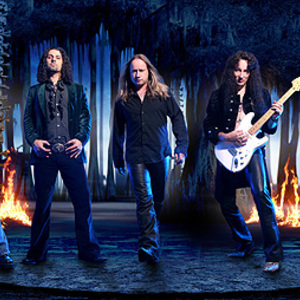 It is pretty easy to circle in on which fans this will appeal to because this is basically a cool mixture between Yngwie Malmsteen and classic hard rock bands like Deep Purple, Whitesnake and Rainbow. But this is more than a hard rock album spiced up with plenty of neo-classical passages and a guitarist showcasing his skill wrapped in a vintage 70's style sound.

Sure this is about guitar wizardry, and there is a lot string bending going on on the album, but this still sounds like a team effort with focus on guitar leads and harmonies. And with the exception of the last song on the album, all songs have a strong melody line and showcase the strong voices of the vocalists as well as Alex Beyrodt's amazing skills.

Nuff said - if you are looking for a hard rock album with all the classic virtues and a clear shredder edge to it, then look no further.

More Than One Way Home