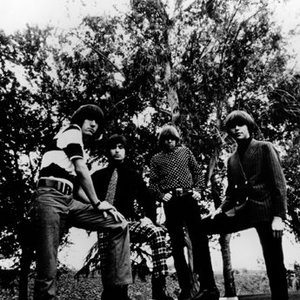 The Standells were a 1960s rock and roll band from Los Angeles, California who, like The Seeds, exemplified the garage rock style. The band was formed in 1962 by lead singer/organist Larry Tamblyn and guitarist Tony Valentino. The Standells' first hit single was Dirty Water, which reached #11 on the Billboard charts on June 11, 1966. Multiple urban myths exist about the origins of "Dirty Water", which has become a Boston radio staple.

The band was formed in 1962 by lead singer/organist Larry Tamblyn and guitarist Tony Valentino. The Standells' first hit single was Dirty Water, which reached #11 on the Billboard charts on June 11, 1966.

Multiple urban myths exist about the origins of "Dirty Water", which has become a Boston radio staple.

One goes that the boys in the band, in town for a gig, were mugged, and as an act of vengeance, they wrote "Dirty Water." Another suggests that the Standells played Beantown one night and found, to their dismay, that the bars closed early and the girls were a little chilly. But while they were walking over the Harvard Bridge, the Charles River below appeared full of condoms. In truth, the song was written by the group's producer Ed Cobb who, as the story goes, was mugged in Boston and wrote the song "Dirty Water" about his experience.

Other hits included Sometimes Good Guys Don't Wear White, Why Pick On Me, Riot On Sunset Strip (about the 1966 riots resulting from police attacks on hippies), and Try It.

Singer/drummer Dick Dodd, founding drummer of The Bel Airs, who joined the group in 1965 and sang the lead on "Dirty Water", is a former Mouseketeer, and singer/keyboardist Larry Tamblyn, who sang the lead on many of the other Standells songs, is the brother of actor Russ Tamblyn and uncle of Amber Tamblyn, star of Joan of Arcadia. Dodd replaced original drummer Gary Leeds, who went on to fame as Gary Walker of The Walker Brothers. In 1967 John Fleckenstein (formerly of the group Love), joined the Standells. The group appeared in several low budget films of the 1960s, including "Get Yourself a College Girl" and cult classic "Riot on Sunset Strip", in which they performed the movie's title song. Lowell George, who would go on to play with Little Feat, briefly played guitar in the Standells prior to their breakup in 1969.

The Standells also made an appearance on the 1964-1966 television sitcom The Munsters in the episode "Far Out Munster". The band was an integral part of the show, and performed the songs "Come On and Ringo" and The Beatles' "I Want to Hold Your Hand." Furthermore, the group appeared on the television 1964-1965 sitcom The Bing Crosby Show, in the episode "Bugged by the Love Bugs", portraying the fictional rock group of the same name. They performed the songs "Someday You'll Cry" and "Come Here".

Despite the lyrics of "Dirty Water", which states, "Boston, you're my home." The Standells are not from Massachusetts. However in 2007 they were officially declared citizens of MA by the state house and senate. The song was written by their producer Ed Cobb. "Dirty Water" is played after every home victory by the Boston Red Sox and Boston Bruins.

The Standells still are actively performing today, having recently headlined at the 2012 Monterey Summer Festival of Love. Original Members Larry Tamblyn, Dick Dodd & John Fleckenstein are still in the group. Learn more about the Standells by visiting their home page Standells-official.com and their official Facebook page.

Why Pick On Me Sometimes Good