The Syndicate Of Sound 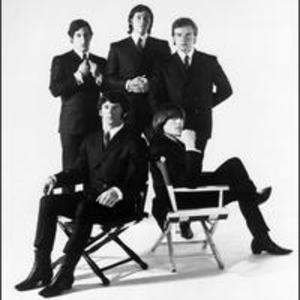 The Syndicate of Sound were a 1960s garage band from San Jose, California, with an edgy style that some critics have considered to be a forerunner of psychedelic rock. The band originally comprised Don Baskin (b. October 9, 1946, Honolulu) (vocals, guitar); Bob Gonzalez (b. February 14, 1947, San Jose, California) (bass); Larry Ray (b. September 12, 1945, San Francisco) (guitar); John Sharkey (b. June 8, 1946, Los Angeles) (guitar, keyboards); and John Duckworth (b.

The band originally comprised Don Baskin (b. October 9, 1946, Honolulu) (vocals, guitar); Bob Gonzalez (b. February 14, 1947, San Jose, California) (bass); Larry Ray (b. September 12, 1945, San Francisco) (guitar); John Sharkey (b. June 8, 1946, Los Angeles) (guitar, keyboards); and John Duckworth (b. November 18, 1946, Springfield, Missouri?) (drums). The group was formed from the combination of two teen bands (The Pharoahs and The Aristocrats). The Syndicate of Sound rapidly became popular in the San Jose area, and the next year won a "Battle of the Bands" competition against about 100 groups including The Golliwogs (later Creedence Clearwater Revival). The prize was a recording session with Del-Fi Records, but the resulting single "Prepare For Love" was unsuccessful.

Baskin and Gonzalez continued to write new material, and came up with "Little Girl", which the band recorded for Hush Records in San Francisco in January 1966. It became a regional hit after San Jose radio stations latched onto it, attracting the attention of executives at Bell Records in New York, who released it nationally and offered the group a contract for an album. Replacing Ray with guitarist Jim Sawyers, they wrote and recorded the LP in three weeks, and began a national tour appearing with other hit acts such as the Young Rascals, the Yardbirds, and the Rolling Stones. "Little Girl" reached the US national pop charts in June 1966, peaking at # 8.

In an attempt to sustain their success, the band released three more singles, but none charted. Duckworth was then drafted, other members began to drop out, and the group disbanded in 1970. Baskin worked as a studio musician and arranger in Hollywood before turning to country music later in the decade.

"Little Girl" was later recorded by other artists, including English punk group The Banned who reached the UK charts with it in 1977. The song was also covered by the Dead Boys on their debut album, "Young, Loud, and Snotty". "Hey Little Girl" was also covered by Australian band "The Diviynls" in 1988. The song was also recognised by the Rock and Roll Hall of Fame Museum, where it is on permanent rotation. Since 1990, Baskin, Gonzalez and Duckworth have occasionally reunited with new members to perform as The Syndicate Of Sound.