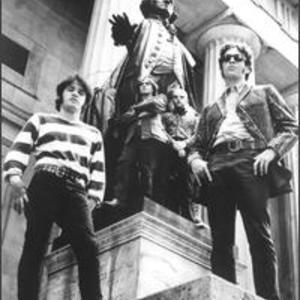 The mercurial Cheepskates began life as an anomaly on New York's garage-rock scene: when most of their peers were scouring exurbia for vintage paisleys and vinyl (the more primitive the better, on both counts), this low-key quartet was creating some of the most carefully crafted pure pop to escape from those Seed-y halls. Run Better Run, dominated by Shane Faubert's bouncy (but not overly retro) Farfisa organ and clear, expressive voice, attests to the group's originality.

Usually smart, occasionally precious songs like "Gone for Good" and "That's When I Say Goodbye" are reminiscent of the Zombies' art-school pop. Refreshingly cover-free (all four members write; three swap lead vocals), the disc is a timeless pleasure.(Trouser Press)

Led by singer/guitarist Shane Faubert, the Cheepskates were a big part of the '80s revival of the garage rock scene on the East Coast. They released two albums with their first lineup, a four-piece that concentrated more on the retro side of the sound. ~ Bradley Torreano, All Music Guide

Considered "too pop" by garage fans and "too garage" by pop fans, the Cheepskates broke up in 1985, after their masterpiece, RUN BETTER RUN, failed to find its audience. (Goldmine)

After their second album "Second and Last", Cheepskates disbanded and guitarist David John Herrera released the "A Handout From a Cheepskate" in 1989, with members of the Optic Nerve. The Cheepskates reformed as a trio with Shane Faubert, Tony Low and new drummer Jeremy Lee and continued until 1993, with pop-oriented records, nothing to do with the garage scene.
Shane Faubert released two solo albums, and in 1992, Tony Low and Jeremy Lee formed Static 13, which became a tuneful hard-rock quartet.

Waiting For Ünta - Live in Berlin '88