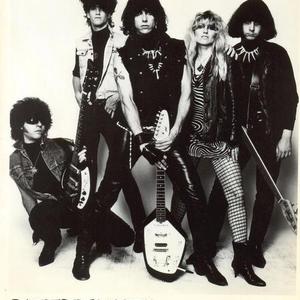 The Fuzztones are a garage rock revival band formed in the 1980s, playing straight into the 1990s and now. Founded by singer-guitarist Rudi Protrudi in New York City in 1981, the band has gone through several member changes but is currently active in Europe. Dismissed by some critics and listeners as a "bar band" or unoriginal - and even plagaristic - they maintained a strong fan base in New York, in Europe and in Los Angeles, where Rudi would move in 1987 after the breakup of the original band, to organize a new Fuzztones.

The group's name is derived from FuzzTone, the commercial name of a guitar distortion booster invented in 1964 and whose distinctive sound was popularized in the 1965 hit song by "(I Can't Get No) Satisfaction" by Rolling Stones.

Preaching To The Perverted