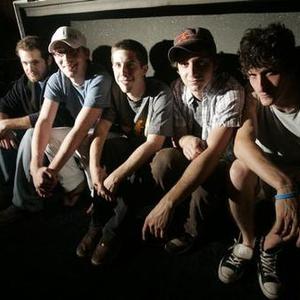 Exploring Brilliantivity: What is brilliantivity? Is it? A) Exercising brilliance in creativity? B) Finding creative ways to be brilliant? C) A word that I just made up? D) All of the above. E) The Revivalists. Since forming in 2007, The Revivalists have earned their standing among the best young bands in New Orleans. The group's combination of danceable rock and soulful songwriting (and brilliantivity) comes to life through a meticulously crafted and ever-evolving live performance.

The band has been instrumental in the growth of New Orleans' burgeoning indie rock scene, and they have achieved success and notoriety in the city's competitive musical landscape.
The Revivalists have proven themselves as a live act. In a short time they have managed to advance from low-profile local gigs to extensive touring, developing a loyal fan base at home and across the Gulf Coast Region and gaining footholds nationally. Abroad, they have commanded such venues as The Kennedy Center (Washington, DC), Sullivan Hall (New York City), Toad's Place (New Haven, CT), and Smith's Olde Bar (Atlanta, GA). At home, The Revivalists are regulars at The Howlin' Wolf, The Republic, and the legendary Tipitina's. They have shared stages with such notable acts as Perpetual Groove, Marco Benevento, Rebirth Brass Band, Ivan Neville's Dumpstaphunk, The Lee Boys and Snarky Puppy. Additionally, they have established themselves as an engaging festival act, winning over audiences at French Quarter Fest, Crawfest and Foburg Festival in New Orleans, Hamstock Barbecue and Music Festival in Ridgeland, MS, and The Duke Ellington Jazz Festival in Washington, DC. Most recently, The Revivalists played the 2010 New Orleans Jazz and Heritage Festival. There, they caught the attention of Rolling Stone senior editor David Fricke, who wrote about their performance on his blog on rollingstone.com.
The Revivalists have also grown as studio musicians. Their first release was listed as an editor's pick in both the Jam and American Traditional Rock categories on CDBaby.com, despite being a humble five-song EP. Their second release, Vital Signs, is both the band's first full-length album and a significant step forward in terms of production and scale. The young band was privileged to record under the guidance of Grammy Award-winning producer Chris Finney, whose resum? ranges from Dr. John to R.E.M. Vital Signs is the result of this collaboration. Soon after its release, Vital Signs became the top-selling album on CDBaby in the American Traditional Rock category, and was quickly selected to be featured in their newsletter. Experience The Revivalists. Understand brilliantivity. And prepare yourself, for your very life will soon have meaning. Listen to the music of The Revivalists and all of your wildest fantasies will become reality.

Feel free to contact us at TheRevivalistsNOLA@gmail.com or through www.therevivalists.com.

Made In Muscle Shoals

Wish I Knew You (CDS)