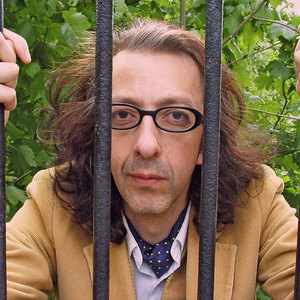 Sp3ccylad was originally from Grantham, Lincolnshire; where his attempts at fronting bands were stymied by the onset of crippling stage fright, in spite of having a somewhat extrovert reputation. To counteract this, he got involved in local theatre, where the stage fright rapidly left him and he subsequently threw himself in a series of ramshackle bands, the most visible of which was The Magic Smarties.

Smarties performances were chaotic affairs, with Sp3ccylad displaying a less-than-reverent attitude towards the paying customer. The Smarties split after several acrimonious incidents involving the throwing of milk bottles, and Sp3ccylad celebrated by dying his hair blonde and performing their last gig with a three-week-old lineup, barefoot in a yellow boiler suit. It was not well received.

Sp3ccylad left Grantham to study drama at Bretton Hall College and, somewhere along the line, forgot why he took up drama in the first place until a "eureka" moment in the autumn of 2004 when he resolved to start making music all over again. He set up a studio at home in Huddersfield and proceeded to record, pretty much for fun, with a series of low-key performances to test material out. These performances were, thankfully, free of stage fright. Eventually, repeated badgering by co-conspirator Maggie Osterberg led to him releasing his debut album Fnurgled in the spring of 2006.

A second album ...Amongst Tax Collectors and Thieves, is kind of sitting on the sidelines. It can be heard here.

Just lately, he can be spotted sporting way, way shorter hair, hanging around outside Manchester City home matches with a ukulele. Police advise to approach him, for he is as soft as a puppy wrapped in a duvet and topped off with freshly whipped cream.