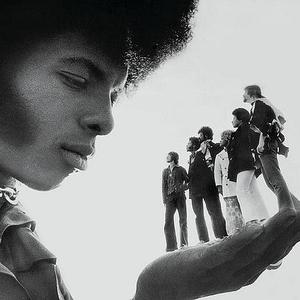 Sly & the Family Stone were an important and influential band from Vallejo, California, United States. Active from 1966 until 1975, the band was pivotal in the development of soul, funk and psychedelia. Headed by singer, songwriter, record producer, and multi-instrumentalist Sly Stone, and containing several of his family members and friends, the band was the first major American rock band to have an integrated lineup in both race and gender.

Brothers Sly Stone and singer/guitarist Freddie Stone combined their bands (Sly & the Stoners and Freddie & the Stone Souls) at the end of 1966. Sly and Freddie Stone, trumpeter Cynthia Robinson, drummer Gregg Errico, saxophonist Jerry Martini, and bassist Larry Graham completed the original lineup; Sly and Freddie's sister, singer/keyboardist Rose Stone, joined within a year. This collective recorded five Top 10 hits and four groundbreaking albums, which greatly influenced the sound of American pop music, soul, R&B, funk, and hip hop music. In the preface of his 1998 book For the Record: Sly and the Family Stone: An Oral History, Joel Selvin sums up the importance of Sly & the Family Stone's influence on African American music by stating "there are two types of black music: black music before Sly Stone, and black music after Sly Stone". The band was inducted into the Rock and Roll Hall of Fame in 1993.
During the early 1970s, the band switched to a grittier funk sound, which was as influential on the music industry as their earlier work. The band began to fall apart during this period because of drug abuse and ego clashes; consequently, the fortunes and reliability of the band deteriorated, leading to its dissolution in 1975. Sly Stone continued to record albums and tour with a new rotating lineup under the "Sly & the Family Stone" name from 1975 to 1983. In 1987, Sly Stone was arrested and sentenced for cocaine use, after which he went into effective retirement.