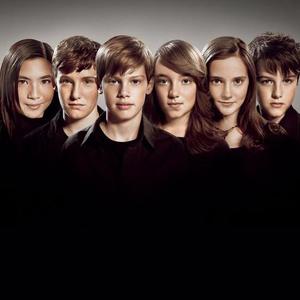 Angelis is a British classical singing group managed by Simon Cowell. He is responsible for their formation. They are classically trained, and their new album focuses on covering smash hits from past and present, with tracks such as ?Somewhere Over The Rainbow' and ?Walking In the Air'. They are predicted to be highly successful in the UK, and are aiming to secure the Christmas Number 1 (2006). Angelis is made up on six children, all aged between 11 and 14.

Angelis is made up on six children, all aged between 11 and 14. The six youngsters were discovered whilst singing in their respective choirs, including the Royal Scottish National Opera and New London's Children's Choir.

Their debut album was released on November 6, 2006, and reached number two in the UK charts.