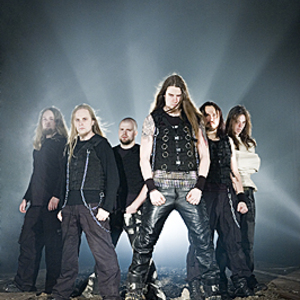 Shade Empire was formed in Kuopio, Finland late 1999. They released three demos which were all highly acclaimed, receiving positive response from the press around the world. At last their third demo woke up the true interest of record companies and Shade Empire was signed to Italian Avantgarde Music. Shade Empire began truly develop their music and 2004 it was time for the first effort "Sinthetic".

Shade Empire began truly develop their music and 2004 it was time for the first effort "Sinthetic". For their first album these young Finns introduced a very orchestrated, yet electronic dark/black metal. This powerful mixture of melody and hate earned many great reviews worldwide and pushed their recognizable sound to wider audience.

Now, a few years after the debut album, it is finally time to headbang again! Following intense song-writing and recordings with S. J?msen at Perkele Studios (Deathchain, Barathrum, Turmion K?til?t) this combo is about to release their sophomore album "Intoxicate O.S." this time through Dynamic Arts Records.

After signing a new deal with Dynamic Arts Records band have delivered without doubt the album of their career so far, recreating the right balance of aggressiveness and melody! Haunting melodies and on top of it all, a superb production that will not leave you with indifferent.

With this brand new trauma, "Intoxicate O.S." Shade Empire will expand their audience's awareness into the next level!
Also, on the 1st of October 2007, Shade Empire will enter Studio-33 to record their third album which will be released on the 12th of March 2008.

Poetry Of The Ill-Minded