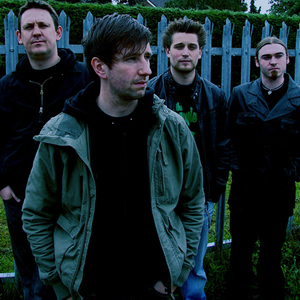 October File announce the release of their third album ?Our Souls To You? on the 5th April 2010 via Candlelight Records. The album contains 11 tracks that are best described as a raging assault of post-apocalypse sonic heaviness on the senses from start to finish. . . Dark, aggressive, angular and downright angry are the closest descriptions. Musically, OCTOBER FILE deliver an even heavier and more direct approach than the highly rated last album, 'Holy Armour From The Jaws Of God'.

Steve Beatty ? Bass player, comments; ?We spent a year writing and rehearsing, taking our time and arguing intensely about this and that and we feel its been worth it. Its also the first time we have been able to complete the whole process with a stable and complete line up. This recording was time wasting idiot free! It shows, it's a collective effort with everyone bringing their talents and suggestions into the mix. We took our time and wrote what we feel is a varied album, so many records seem to be ten of the same songs these days, we wanted so much to avoid this, we want the listener to let the album unfold in its own way. Enjoy every last drop of bile?. The album will come as a double CD with the full album produced by John Mitchell at Outhouse Studios and a V.2 (version two) with the whole album being produced by Justin Broadrick (Godflesh etc).

The Application Of Loneliness, Ignorance, Misrey

A Long Walk On A Short Pier