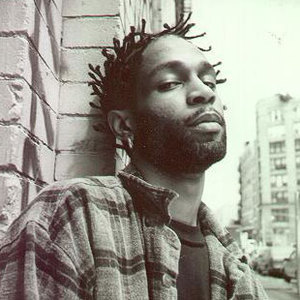 1) New York rapper 2) Japanese trance artist 3) South African (Cape Town) rock, metal, trip-hop, drum 'n base, jazz funk, soul reggae band 4) Swedish hardcore band 5) Both a Tony Award Winning Musical and Film based on the Musical 1) Nine is the stage name of Derrick Keyes (September 19, 1969), a rapper from The Bronx, New York. He is a close friend ever since the age of 17 of DJ Funkmaster Flex.

1) Nine is the stage name of Derrick Keyes (September 19, 1969), a rapper from The Bronx, New York. He is a close friend ever since the age of 17 of DJ Funkmaster Flex. Known for the popular Hip hop singles "Any Emcee" and "Whutcha Want?" which were both produced by longtime collaborator and fellow Bronx native Rob Lewis, Nine then known as 9MM got his big break in late 1993 as an artist on the "Deuces Wild" (a group formed by Nine and Funkmaster Flex as well as others, then renamed "Funkmaster Flex and the Ghetto Celebs" after Nine's departure) song "Six Million Ways to Die." The verse showcased Nine's harsh, gravelly flow he had created to give him his own originality. Because of this He was signed to a deal with the now-defunct Profile Records, that had a roster of artists such as fellow rappers Run-D.M.C. , DJ Quik and Special Ed.

Keyes originally recorded under the Monikers "9MM" (or "Nine Double M") before changing his name to simply "Nine".This was because as he stated "I didn't want to be just be named after the gun (9mm)." His artist name (Nine) refers to his date of birth (9/19/1969), shoe size Nine and his lucky number 9.

Rapper Nas recently referred to "9 Double M" on the track "Where Are They Now?" from his album Hip Hop Is Dead. He is also referred to on the track Twinz (Deep Cover 98) from Big Pun's debut album Capitol Punishment, where Fat Joe says "Boogie down major like Nine" referring to Nine's hometown, the "Boogie-down Bronx".

2) NINE is an japanese vocalist, singing for well known QUAKE label (known for example by releasing EXIT TRANCE PRESENTS series). Most of songs are covers of anime openings\endings songs.

3) NINE formed in Athlone, Cape Town in June 1992 and played their first gig six months later at The Stage in Cape Town. In keeping with their experimental edge and desire to fuse different musical forms, the name Nine is not intended to have any specific connotations. It can mean anything and nothing, and reflects the bands' intention of breaking down barriers between different cultural and musical paradigms.

After five years rising through the South African musical underground, the four piece of Farrell Adams (vocals), James Reynard (guitar), Grenville Williams (bass guitar) and Jerome Reynard(drums) now find themselves enjoying critical acclaim on the back of their two contributions to the Oppikoppi Live CD (the only band to have more than one song included). The launch and release of their second CD, Entropy, is imminent and the band are gearing up for 1998 that should see their eclectic fusion of diverse musical forms moving into the spotlight.

The band's wide range of influences take in everything from rock, funk and hip hop to drum 'n bass, jazz and reggae, their constant shifting of boundaries means Nine are a band who defy convenient categorisation.

Despite their fiercely independent outlook and underground status, Nine have developed a sizable following at concerts like Oppikoppie, Rustler's Valley, Wingerdstock and Up The Creek. The band also proved to be a major hit at the 5FM Birthday Bash in 1996 and recieved widespread praise on their nationwide Benson & Hedges Bandslam Tour in 1996 along with the Springbok Nude Girls, Squeal, Lithium and Sugardrive.

Nine's song, "Last Tear", was also included on the "My Generation" compilation CD of South African bands along with Squeal, Springbok Nude Girls, Lithium and others and limited copies of their ephonymously-titled debut CD are still available. Their new CD, Entropy, is an independently produced album that contains studio versions of live favourites such as Talk Too Much, Wanton Panorama and Ground as well as cutting-edge new songs like Revolution, Chemistry, Episode and others.

4) Nine are one of Sweden's greatest metal/hardcore exports. In the last three years Nine have released two infectious albums on Sweden's legendary Burning Heart record label "Lights out" (2001) and "Killing angels" (2003). (Both albums were quickly met with rave reviews from listeners and critics alike). Propelling the band to new heights of praise and popularity within the European aggressive music scene. "Killing Angels" is released in the US by the mighty DEATHWISH Records.After Scandinavian touring with the likes of The Haunted and Nasum, Nine made major noise when they hit the road of Europe with Entombed, Disfear, The Hope Conspiracy, and later Converge. On these tours their immense power was truly undeniable. Nine roared through unsuspecting crowds like a runaway freight train, bringing new life to the unforgettable "Swedish" sound.

5) Approaching the age of fifty, film director Guido Contini is facing a midlife crisis that is stifling his creativity and leading him into a variety of complicated romantic involvements. As he struggles to write the script for his latest film, Italia, he's forced to balance the numerous formative women in his life, including his wife, Luisa ; his mistress, Carla Albanese; his film star muse, Claudia Jenssen; his confidante and costume designer, Lilli La Fleur; an American fashion journalist, Stephanie; a prostitute from his youth, Saraghina; and the spirit of his deceased mother, Mamma.

Throughout the film, it is slowly revealed that Guido has been traumatized by his strict Catholic childhood, and it is implied he was beaten in boarding school. In present-day, he frequently has visions of his mother, and their love for each other. Guido has not written a word for Italia, although the press, the public, and his crew believe it is complete. Things are further complicated when Guido gets away to a spa retreat, whereupon Carla follows him and they secretly lead a life of love in the musty train station town. Soon, Luisa discovers truths, Claudia admits details, Lilli listens, Saraghina haunts, and Stephanie attempts to woo Guido with her charm.

Return Of The Hardcore Bootleg

I Just Want II Be Heard