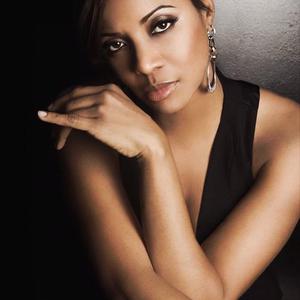 MC Lyte (born Lana Michele Moorer on October 11, 1971 in Brooklyn, New York) is a female rap artist. She was the first female rapper commonly acknowledged to be as hard as the men: she loves to curse, and she's got that fierce working-class Brooklyn voice and no-nonsense demeanor. But she's also written some of the most fearlessly honest and introspective lyrics in modern music. Also, the first rapper ever to perform in Carnegie Hall and the Arsenio Hall show.

A few years back she became the first rap artist to tour for the USO, performing for troops stationed in Italy, Greece, Sicily, and Sardinia -- an audience she intends to reach out to again in the near future.

Badder Than B Fore (The Remix Album)

Badder Than B-Fore: The Remix Album

Bad As I Wanna B

Bad As I Wanna Be