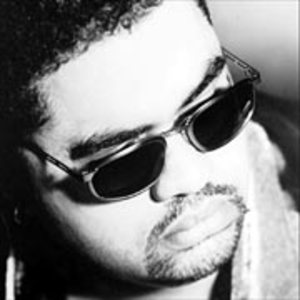 Heavy D (Birthed May 24th 1967 - Deceased November 8th 2011) was born Dwight Errington Myers in Jamaica. His family moved to Mount Vernon, New York when he was a young child. Heavy D & the Boyz were the first group signed to Uptown Records; their debut, Living Large, was released in 1987 (see 1987 in music). The album was a commercial success, though Big Tyme (1989, 1989 in music) was a breakthrough that included four hits. Trouble T.

Heavy D & the Boyz were the first group signed to Uptown Records; their debut, Living Large, was released in 1987 (see 1987 in music). The album was a commercial success, though Big Tyme (1989, 1989 in music) was a breakthrough that included four hits. Trouble T. Roy died at age 22 in a fall on 15 July 1990 in Indianapolis (see 1990 in music). Dixon fell 30 feet from a third-level ramp at Market Square Arena while roughhousing with another member of the group. Police said Dixon jumped onto a retaining wall to avoid a barrel rolling toward him and lost his balance. He died the next day. Dixon's passing led to a tribute on the follow-up platinum album, Peaceful Journey (1991, 1991 in music). Pete Rock & CL Smooth created a tribute to Trouble T. Roy called "They Reminisce Over You (T.R.O.Y.)" which is regarded as a hip-hop classic.

Heavy D & the Boyz gained even more fame by singing the theme song for the television program In Living Color and also MADtv, and Heavy D performed the rap on Michael Jackson's hit single "Jam." However, the group's next album, Blue Funk, was a critical and commercial failure compared to their previous success. Heavy D then began focusing on his acting, appearing in the television shows Roc and Living Single before returning the music charts with Nuttin' But Love (1994, 1994 in music). After appearing in the off-Broadway play Riff Raff at Circle Repertory Company, Heavy D returned to recording with the hit Waterbed Hev.

He then appeared in the motion pictures Life, before joining the cast of the television show Boston Public. In 2002, Heavy D had a supporting role as an FBI agent along side Omar Epps in the movie adaptation of Dave Barry's novel Big Trouble. In 2003 he starred in the supporting cast for the sit-com The Tracy Morgan Show as Bernard. In 1997, Heavy D collaborated with B.B. King on his duets album Deuces Wild rapping in the song "Keep It Coming." A new Heavy D & the Boyz album is slated for 2007.