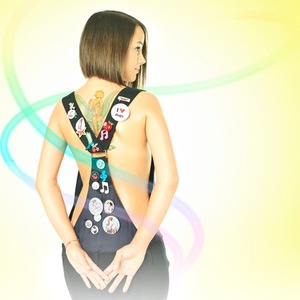 Aliz?e Jacotey (born August 21, 1984) is a French singer. Born in Ajaccio, Corsica, she goes by the stage name Aliz?e?the feminine form of aliz?, the trade wind. She was discovered by Myl?ne Farmer, following her winning performance in the talent show, Graines de Star, in 1999. While collaborating with Myl?ne Farmer and Laurent Boutonnat, Aliz?e released two albums?both of which were hits inside and outside of France.

Aliz?e entered the music business in 2000. She has since released three studio albums - first two of which were composed by Laurent Boutonnat and written by Myl?ne Farmer. Her first album was Gourmandises, which received Platinum certification within three months of release. Gourmandises was a success both in France and abroad?after it had its international launch in 2001?earning Aliz?e the distinction of being the highest selling female French singer in 2001. The album featured her most successful single "Moi... Lolita" which reached number one in several countries in Europe and East Asia. The marketing campaign around the single affixed Aliz?e's image as that of a seductive lolita. Gourmandises was followed by a second studio album, Mes Courants ?lectriques in 2003, which was also quite successful, though not as big a hit as Aliz?e's debut album. Following its release, Aliz?e toured France during the fall of 2003, performing in 43 concerts throughout France, along with Belgium and Switzerland.

Aliz?e married fellow French singer J?r?my Chatelain in late 2003. Since her marriage she took a break from singing, but returned with a new album, titled Psych?d?lices on December 3, 2007.