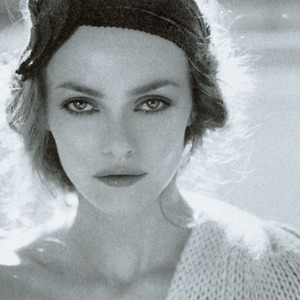 Vanessa Chantal Paradis (born December 22, 1972 in Saint-Maur-des-Foss?s, France) is a French singer and actress. She was discovered on the TV show L'?cole des fans in 1980. She recorded her first single La Magie des surprises-parties in 1985. Although it was not a hit, it paved the way for the song with which she would become internationally famous - "Joe le taxi" in 1987, while she was still only 14 years old.

It was #1 in France for 11 weeks and, unusually for a song sung in French, was released in the United Kingdom the following year, where it reached #3. It was taken from her first album M&J (it stands for Marilyn & John) which, although it gained a number 13 placing in France, drew little attention in the UK and did not chart.

In 1992, now 19 and working in the United States with rock musician Lenny Kravitz, who was her boyfriend for a while, Paradis began work on a new album sung in English, in which she had become fluent. Written and produced by Kravitz, the album, titled Vanessa Paradis, topped the French chart and briefly made the UK listings (number 45). One of the singles from it was Be My Baby, which made number 5 in France and gave her another Top 10 UK hit (number 6). She has since appeared in several films, most famously "Noce Blanche", for which she won the 1990 C?sar Award for Most Promising Actress; 1999's La fille sur le pont (aka Girl on the Bridge), which became an arthouse box office hit in the United States; and 2004's Mon Ange.

Paradis currently released a new album (Divinidylle). There are three versions (regular, limited edition, and the Christmas edition). She started the Divinidylle tour in October. Some concerts were filmed and the DVD/CD of the tour was just recently released. Her latest film DVD release is La Clef. Also, Vanessa recently won two Les Victoires de la Musique awards for her new album Divinidylle. Some of her next projects include a greatest hits cd which includes the commercial jingle "I love Paris in the Springtime" as well as the movies "The Midwife Crisis" and "Un monstre ? Paris April" which will be released in 2010.
Vanessa Paradis has been in a relationship with American actor Johnny Depp since 1998. They have a daughter, Lily-Rose Melody Depp (born 27 May 1999), and a son, John Christopher "Jack" Depp III (born 9 April 2002[3]).