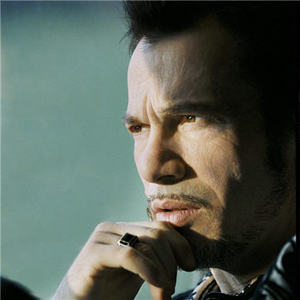 Florent Pagny was born on November 6, 1961 in Chalons sur Saone, France. He showed an interest in singing at a very early age by belting Luis Mariano and Michel Sardou songs to the great delight of his mother. When he turned 15, he moved to Paris and assiduously followed singing lessons at the academy of Levallois Perret while earning his living by doing odd jobs. While working as a barman, he was spotted by the casting agent Dominique Besnehard who found him a part in the Jean Jacques Beineix movie Diva which unfortunately ended up on the cutting floor.

From a series of minor parts, Pagny moved from cinema to TV. In 1985, he got co-writing credits for Michel Gerard's film "Blessure". Two years later, he recorded its first single "N' Importe Quoi". The success was immediate for this non-conformist.

He won a Victoire, a prestigious French music award, in 1989, yet the following year his second album bombed following a media boycott. "Don't bite the hand that feeds you"!

After a long period of reflection, he came back on top with his album Rester Vrai in 1994. In 1997, his album "Savoir Aimer" brought him enormous popularity.

He now spends his time between France and Patagonia where he lives with his wife on a 4000 hectare farm pursuing his two passions: motor biking and fishing.

In 2004, Pagny took on an ambitious project: "Baryton", an album made up of titles of the traditional repertory with an amazing 70 member string orchestra and a 60 member choir under the direction of Yvon Cassar. This album was a true success!

In 2006 with the album "Abracadabra" Pagny returned to more of a pop style and delivered a superb album with poignant lyrics "Le Mur" or "L? o? je t'emm?nerai".

In 2009, "C'est comme ?a" came out as a Spanish language album. Recorded in Miami with latin composers and musicians,this worthwhile effort showed the extend of his talent across language barriers.