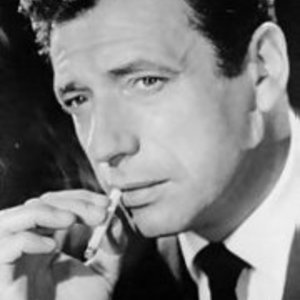 Yves Montand (13 October 1921 ? 9 November 1991) was an Italian-born French actor and singer. Montand was born Ivo Livi in Monsummano Terme, Italy, the son of poor peasants Giuseppina (n?e Simoni) and Giovanni Livi, a broommaker. Montand's mother was a devout Catholic, while his father held strong Communist beliefs. Because of the Fascist regime in Italy, Montand's family left for France in 1923.

Montand was born Ivo Livi in Monsummano Terme, Italy, the son of poor peasants Giuseppina (n?e Simoni) and Giovanni Livi, a broommaker. Montand's mother was a devout Catholic, while his father held strong Communist beliefs. Because of the Fascist regime in Italy, Montand's family left for France in 1923. He grew up in Marseille, where, as a young man, he worked in his sister's barber shop, and later on the docks. He began a career in show business as a music-hall singer. In 1944, he was discovered by &Eacute;dith Piaf in Paris and she made him part of her act, becoming his mentor and lover.

Montand went on to international recognition as a singer and actor, starring in numerous films. His recognizably crooner songs, especially those about Paris, became instant classics.
He was one of the most famous performers at Bruno Coquatrix's famous Paris Olympia music hall.

In 1951, he married the actress Simone Signoret, and they co-starred in several films throughout their careers. The marriage was, by all accounts, fairly harmonious, lasting until her death in 1985, although Montand had a number of well-publicised affairs, notably with Marilyn Monroe, with whom he starred in one of her last films, Let's Make Love. During his career, Montand acted in a number of American motion pictures as well as on Broadway. He was nominated for a Cesar Award for "Best Actor" in 1980 for "I comme Icare" and again in 1984 for "Gar?on!"

In the French dubbings of Looney Tunes, the character Pep? Le Pew is an Italian skunk named "P?p? le putois". The voice characterization was often based on Montand's performances.

In 1986, after his international box-office draw power had fallen off considerably, the 65-year-old Montand gave one of his most memorable performances, as the scheming uncle in the two-part film: Jean de Florette, co-starring G&eacute;rard Depardieu, and Manon des Sources, co-starring Emmanuelle B?art. The film was a worldwide critical hit and raised Montand's profile in the U.S., where he made an appearance on "Late Night with David Letterman."

Montand's only child, Valentin, his son by his second wife Carole Amiel, was born in 1988. In a paternity suit that rocked France, another woman accused Montand of being the father of her daughter and went to court to obtain a DNA sample from him. Montand refused, but the woman persisted after his death. In a court ruling that made international headlines, the woman won the right to have Montand exhumed and a sample taken. It subsequently showed that he was not the girl's father.

Montand embarked on an affair with Marilyn Monroe during filming of the ill fated film Let's Make Love. He had been personally recommended by Arthur Miller after Miller saw him acting in a foreign movie version of his play The Crucible called Les Sorci?res de Salem. Montand always expressed regret over the affair as he considered Miller a "good friend".

In his later years he maintained a home in St Paul de Vence, Provence until his death.
Montand died from a heart attack. In an interview, Jean-Jacques Beineix said, "[H]e died on the set [of IP5: The Island of Pachyderms]... On the very last day, after his very last shot. It was the very last night and we were doing retakes. He finished what he was doing and then he just died. And the film tells the story of an old man who dies from a heart attack, which is the same thing that happened!"

He is buried next to Simone Signoret in the P?re Lachaise Cemetery, Paris, France.

In 2004, Catherine All?gret, Montand's stepdaughter and Simone Signoret's daughter from her first marriage, published a book titled World Upside Down (Un monde ? l'envers ISBN 2-253-11442-1) in which she contended that Montand had abused her sexually since she was five years old.