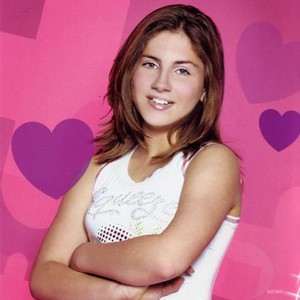 Ilona Mitrecey (more commonly known as Ilona) (born September 1 1993) is a young French singer. She became famous in France after the release of her hit single, "Un monde parfait" ("A Perfect World"), a high-energy techno song which had already been released in Italy in March 2004 under the name Tr?s Bien featuring Ilona, on February 28 2005, based on a traditional Neapolitan song. The song reached #1 on France's Top 40 charts on March 6 2005, and stayed on top of the charts for fourteen weeks.

Since its huge success in France, the single has also been released in many other European countries. It has achieved some minor success in Ireland and the UK, but not nearly as much as the rest of Europe (most likely hindered by the fact that many people in Ireland and the UK (like other anglophones) are reluctant to buy music in other languages). Her second single, "C'est les vacances", was released on 20 June 2005.

Ilona is a sixth grader at Neuilly-sur-Seine in Hauts-de-Seine. She has sung in many advertisements. Her father was the singer in the band playing in some shows of Canal Plus, and her mother, Sylvie, works at the Michel Lafon publishing house.