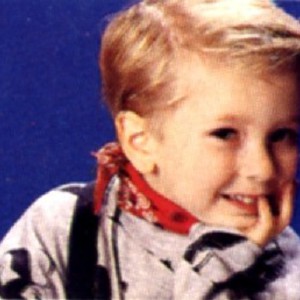 Jordy Lemoine was born on January 14 1988 in Caen, Normandie, France. Probably the youngest dance artist ever, Jordy began his career in showbusiness in 1992, at age 4, with the release of the single "Dur Dur D'?tre B?b?" ("It's Tough To Be A Baby") which spent 15 weeks at #1 (in France) and sold about 2 000 000 copies worldwide. A second single ("Alison") and full album ("Pochette Surprise") were released soon after, as Jordy began to tour Europe, Asia, Canada and the US with his parents, father Claude Lemoine (popular French producer) and mother, author Patricia Clerget.

Pushing to the limits what Claude Lemoine first described as a joke, two more albums were later released ("Potion Magique" in 1993 and "R?cr?ation" in 1994).
After opening a farm to the public as a commercial center where Jordy's parents could sell derivated products using the image of their son, many accusations concerning the exploitation of their young children forced them to close the farm (1996). Lemoine and Clerget divorced soon after.

More recently (2005), Jordy won a popular French reality show called "La Ferme Des C?l?brit?s", and published a book about his experiences in the world of showbusiness called "Je ne suis plus un b?b?" ("I'm not a baby anymore"). In this book, he accused his father to have spent, for his own purposes, most of the royalties he should have received when he turned 18.
In February 2006, Jordy released a new single in France: "Je T'apprendrai".