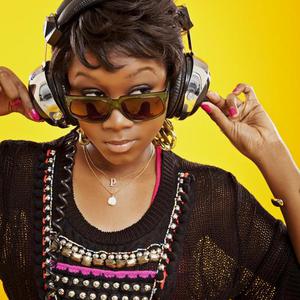 The internet is, by its very nature, an open forum; it's manna for aspiring music artists looking to cultivate an instant fan base. Of course, with freedom comes responsibility?that of the artist to use the opportunity wisely and make available good music. Too few do so. The ones who do, however, stand out vividly by comparison. Case in point: budding star Priscilla Renea. ?Priscilla Renea did not expect the zealous support she now enjoys.

?Priscilla Renea did not expect the zealous support she now enjoys. In fact, she wasn't trying to change the world, but merely satisfy her own muse: ?I started writing my own songs because there wasn't anything on the radio that I wanted to hear,? says Renea. ?And when I discovered YouTube, that added a whole new side to my singing. It made my bedroom performances into live broadcasts.. ?My mom always tells stories about how she would walk in the living room and think it was the TV singing, but realize it was me," Renea reveals. ?I was two or three years old then!?

Indeed, in growing up, family was Renea's exclusive audience. A child of the Navy, she bounced in and out of twenty schools before finally landing in Vero Beach. Lasting friendships were hard to come by. In turn, she took solace in the blank page, writing poetry, prose, spoken word pieces, and of course, songs. Into the compositions went the energy and emotion typically invested in relationships: ?When I write my songs they're always vivid stories, very quirky, and have a lot of personality and character in them.? She also taught herself both piano and guitar, and endeavored choirs and musical theater as much as her nomadic lifestyle would allow. YouTube was a revelation?a constant and enduring following no matter where Renea went in the world.

In 2007, Priscilla doffed the webcam and the bedroom carpet for the hefty TV cameras and grand stage of MTV and their Say What? Karaoke show. Fans accustomed to seeing her in a small YouTube window reveled in her fullscreen frivolity. And certainly the effect was cyclical and reciprocal; appearing on MTV pushed her YouTube hits to 1.7 million and her MySpace listenership to over half a million. Public opinion had been levied. Firmly comfortable in her own skin, and offering a uniquely subtle mix of chimerical yet anecdotal pop music, Priscilla Renea was poised for stardom.

To fan the flames and set the proverbial stage, Renea has released the 3?song EP Hello My Apple, featuring a trio of her biggest YouTube compositions: the dignified titular track which waxes on a beau ?So hard on the outside but oh-so-sweet on the inside;? the buoyant handclapper ?I Fell in Love;? the grand, sweeping ?Cry,? an exercise in Renea's silver pipes. Though the songs strike disparate, dulcet chords, what resonates throughout is Priscilla Renea's uncanny songwriting chops, honed in a mere twenty years of earthly orbit. ?I've always had a way with words,? she confesses. ?I write songs that people can relate to; when I sit down with my guitar, it sparks my creativity and it's easy for me to pick out a melody and write.? Considering her penchant for penning entire tunes in ten minutes ?earning her the nickname ?The Quickness? ?she makes it sound so tantalizingly easy. Her lauded writing work for luminaries such as Brandy and Shakira stands as evidence. The legions of discarded singer/songwriters in her wake would attest otherwise.

Priscilla Renea has now aligned herself with the Atlanta-based production team Power Entertainment (T.I., Ludacris), in support of her forthcoming full?length debut on Capitol Records, Jukebox. It's a fitting title for musical fare that wends from whimsical to worldly to weighty with equal aplomb. The album's external collaborators share exoteric talents: Brian Kidd (Enrique Iglesias, Britney Spears, Nappy Roots) and legendary Danish duo Soulshock & Karlin (Madonna, Seal, Whitney Houston, Keyshia Cole). The musical component firmly on display, Renea's also showing off her funky, fetching fashion sense; her advertorial array graces the pages of trendsetting magazine Giant, and she's begun a Baby Phat campaign under the auspices of tastemaker Kimora Lee Simmons. After Priscilla Renea, there's very few stones left to be overturned: ?I feel like I'm bringing something new and fresh; something that might have already been done, but with a new twist.? Welcome words indeed.