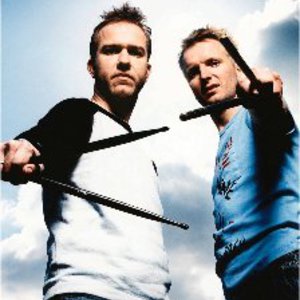 Safri Duo is a Danish percussion duo composed of Uffe Savery (born April 5, 1966) and Morten Friis (born August 21, 1968). Initially classically oriented, by 1999 they were discovered by a label executive working on classical music. After being signed, a track mixing both tribal sound and modern electronica was set to be released in 2000 The result was the tremendously popular "Played-a-live (The Bongo Song)," that became one of the most popular songs in Europe that year.

All The People In The World (MCD)