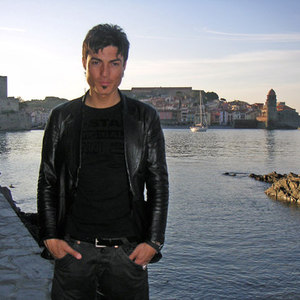 1) Danish DJ from Aalborg, Denmark playing dance, house and techno music. Kato released his debut album Discolized in 2010 featuring collaborations with artists such as Dr. Alban, Snoop Dogg, Outlandish, USO and Johnson of which lead single Turn The Lights Off (feat. Jon) was a major club hit. 2) HARDCORE/METAL/NOISE ROCK/POST ROCK band from United Sates. THeir First released Ep Came With Nothing/Left With Nothing is freely available in their bandcamp.

2) HARDCORE/METAL/NOISE ROCK/POST ROCK band from United Sates. THeir First released Ep Came With Nothing/Left With Nothing is freely available in their bandcamp.

6) Australian DJ. Kato deals in awesome and has that shit on lock. The following other details are also true, to a certain extent? he has way too many records, he plays a lot of them in clubs, especially the booyshakingest ones ? he plays at Sydney's three raddest nights; Bandits, Wamp Wamp and Bad Kids Recreation Club. He's also played a few festivals such as V Festival, Parklife, Splendor in the Grass, Groovin the Moo, Sound Summit and Playground Weekender ? and has also played alongside Diplo, Lady Sovereign, 2manydjs, !!!, Digitalism, Sinden, D.I.M., Yuksek, Low Budget, Ratatat, Princess Superstar, Chicks On Speed, Girl Talk, Mylo, LTJ Bukem, Boys Noize, The Presets, Bob Sinclar, Dj Dexter, Deekline, Krafty Kuts, Plump DJs, Riton, Freestylers and heaps more.

7) Belgium female singer who competed in the Belgium Idol 2011. She finished second and got famous with her version of Pack Up by Eliza Doolittle which she accompanied herself with the ukulele. Her first single 'The Joker' was a great success. The second single is Flamingo which is also the name of her first album.