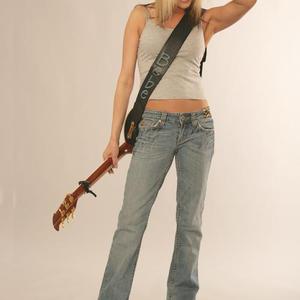 ?A Star of the future? and judging from the crowd at this show, the future is now!? So wrote a reviewer from the Aquarian Weekly, the leading mid-Atlantic region entertainment paper, after a performance by Lisa Bouchelle. Lisa has sung backup for Jon Bon Jovi, Bruce Springsteen, Rob Thomas, and Cyndi Lauper, among others. She has opened for artists such as Bryan Adams, Blues Traveler, Kansas, Richard Marx, Ingrid Michaelson, Sophie B.

Lisa has sung backup for Jon Bon Jovi, Bruce Springsteen, Rob Thomas, and Cyndi Lauper, among others. She has opened for artists such as Bryan Adams, Blues Traveler, Kansas, Richard Marx, Ingrid Michaelson, Sophie B. Hawkins, Nancy Sinatra, Dar Williams, John Waite, and The Wailers, among others. She was interviewed on NPR Radio about her experiences ?busking? in Philadelphia train stations, and even had a small role in the hit TV show ?Gossip Girls.?

Lisa first started singing at a young age, and sang non-stop... because although her parents loved her deeply, the only time they would stop their constant arguing was when little Lisa sang. Now, after losing her father to complications from a heart operation, and her mother to alcoholism, she still finds refuge in her music.
And that music has kept her going, whether it be going on tour by driving herself thousands of miles around the country in her car, or flying to Japan to perform for Japanese fans. Her style has been compared to Sheryl Crow, Jewel, and Jason Mraz, but what sets her music apart is an edge reminiscent of classic artists such as Neil Young and Tom Petty.
Lisa's last CD reached #1 on two indie charts, and #4 on the college charts. With the release of Bleu Room With A Red Vase, she is poised to be a breakthrough artist in 2010.

Her live performances are riveting, and have garnered rave reviews. Be sure to check out her unique website, at www.lisabouchelle.com, for her upcoming schedule. Lisa will soon be embarking on a radio tour to promote the new album.