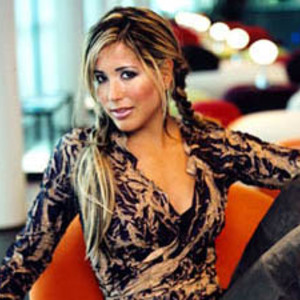 Kim Sozzi was born in a family of artists: her grandmother was an opera singer, and her grandfather was a jazz percussionist, and her father was a musician as well as owner and founder of an entertainment company. Her mother was a Hawaiian dancer. Kim is of Italian and Puerto Rican descent. She is a big fan of French cheese and wine. During the late 1990s, she was headed in a singer-songwriter direction and was recruited by Sarah McLachlan to appear in the final installment of her Lilith Fair women tour festival in 1999.

Kim is of Italian and Puerto Rican descent. She is a big fan of French cheese and wine.

During the late 1990s, she was headed in a singer-songwriter direction and was recruited by Sarah McLachlan to appear in the final installment of her Lilith Fair women tour festival in 1999.

She is married to Derek Axelrod.

During the early 2000s, Sozzi released an album and several singles as a pop-rock performer. Eventually, some of these singles were remixed by New York City dance producers, and the songs crossed over into the New York dance and club scene, where they became hits. She also found success in the European club scene with these dance mixes. Because Sozzi was difficult to pronounce in some foreign dialects, Kim went by the name of STYLES for the European market.

In 2004, while still trying to make a name for herself in America as a mainstream pop singer, the New York based dance duo, MYNT, sought Sozzi to sing vocals on a track that they were producing and planning to release as their debut single, a camped up cover of Mantronik's house classic "How Did You Know". Sozzi agreed to sing vocals on the track, which was credited to "Mynt featuring Kim Sozzi", and eventually decided to join Mynt as a permanent member when the song found heavy success in American clubs and even on popular New York City radio stations such as KTU and Z100. The song eventually peaked at #1 on the Hot Dance Music/Club Play chart. It stayed at #1 on the airplay chart at KTU for over 14 weeks. The song was the second most played song on KTU in 2004. She released another single with Mynt titled "Back In Love". She has since left the group and has signed to Ultra records as Kim Sozzi.

Kim released her second single, "Stay", in early 2005. It caught on across the country rather than mainly only in the New York area, a first for a Sozzi single.

Her single "Alone" received heavy rotation on Sirius Satellite Radio's dance station (The Beat) after being released in March 2006. The song is a cover version of the Heart classic. Kim's brand of Dance-pop is sleek and firecely catchy. It strongly ignores any rap influence. Kim's new single "Break Up", the (Cascada Mix) won the battle of The Fresh Beats on KTU on September 1, where it received 75% of the vote.

Kim's vocals and sound have been compared to that of 90s Canadian dance icon Emjay.

Next up for Kim is a smash duet with the "bad boy of dance", Lucas Prata. It is a remake of the Human League's "Don't You Want Me". The duo premiered the track at Mirage on Long Island on New Years Eve and it is expected to be included on the upcoming Kim Sozzi Ultra Records release.