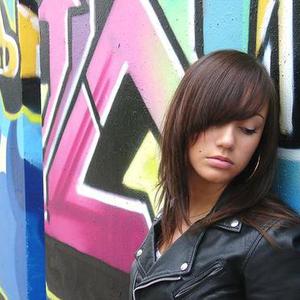 Kim Leoni is a charismatic, half Indonesian half Dutch performer living in Amsterdam, The Netherlands. Thanks to her parents, Kim spent her childhood living on three continents ? Asia, Europe and North America. While living in Miami, Kim joined a dance troupe and spent her teenage years dancing and performing in clubs throughout the state of Florida and beyond. Kim attributes her love for music to the percussive sounds of Indonesia , and her love of dancing and performing to the first dance steps she learned on the streets of Miami.

At the age of 17 Kim returned to the Netherlands and found herself a target of interest of several modelling agencies, which led her to a short-lived career as a model. However, finding her initial modelling career unappealing and dull, she returned to her first love - music, performing with a local pop band and gathering her first studio experiences. In August 2006, a chance meeting with producers Michel Pollen and Brane Kovak (at a birthday party of a mutual friend, where Kim gave an impromptu singing performance!) led to the first collaboration ? the song called ?Again?, an impassionate tale of a stormy relationship ?based on a true story?. ?At first, we were drawn to Kim by her charisma and beauty, but when we heard the voice we knew we had to start making music together.?? say the producers, who are already working with Kim on the first Kim Leoni album.