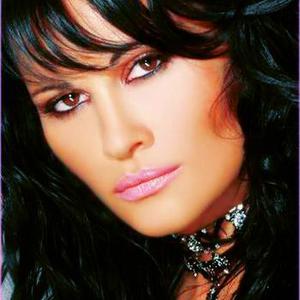 There are presently 3 artists named Jana represented on these charts: 1) Jana Yugoslavian singer 2) Jana Finnish indie band and 3) Jana (Mashonee) a Native American Singer from North Carolina and Grammy Nominee known for her striking looks and powerful vocals. 1) Jana the Yugoslavian singer Jana was born as Dragana Todorovi? on March 15, 1974 in Pri?tina, Kosovo, Yugoslavia. Until she was 23, she lived in Babina Most, a village about 15 km from Pri?tina. On October 1997, she moved to M?nchen, Germany where she currently resides as of today.

Jana was born as Dragana Todorovi? on March 15, 1974 in Pri?tina, Kosovo, Yugoslavia. Until she was 23, she lived in Babina Most, a village about 15 km from Pri?tina. On October 1997, she moved to M?nchen, Germany where she currently resides as of today.

Jana is an indie rock band from Hameenlinna, Finland. Jana was formed in 2003 and entered the rock scene in November 2005 with single "Pauliina". Next single "Kuussa" was released in May 2006. The first two singles have been well received amongst the public. Also the 3rd "Suutelit Pitk??n" and 4th "Pelkuri" singles have been success among the public. The band has released it's debut album "Pelkuri!" March 2007.

Jana got its name from their songwriter, and they believe in personal, touching lyrics and majestic melodies. In addition to the edgy and lucid guitars, the characteristic sound of jana is marked by the violin and piano. The songs get their motive from real life and matters that are truly meaningful to jana. The band has six members: Jana (lead singer/guitar), Wille (guitar), Mika L. (bass), Vili (keyboards), Panu (violin) and Mika K. (drums).

A Grammy Nominated, Native American Singer (Lumbee Tribe) born in Robeson County, North Carolina and raised in Charlotte, N.C. Earned a degree from Davidson College in North Carolina. In 2001, Jana had a dance hit called "More Than Life" with MTV's DJ Skribble, which was featured on an MTV compilation. In 2002, she released a cover of Led Zeppelin's "Stairway To Heaven" which won a Native American Music Award for Best Single. Jana was a 2007 Grammy Nominee for the Best Native American Album for "American Indian Story". This is Jana's third album. Her first two, "Flash of a Firefly" and "American Indian Christmas" were both critical and commercial successes. Jana just finished filming her first movie, Raptor Ranch, to be released the end of 2008.

Jana (Lumbee) fuses elements of pop, R&B, world, gospel music, and her own ethnic background. Jana was a 2007 Grammy nominee for Best Native American Music Album. She has received Nammy Awards for Best Pop Performer, Song of the Year, Female Artist of the Year, Record of the Year, and Producer of the Year.

With her new album, New Moon Born, poised to burst onto the mainstream music scene, it's no wonder Jana Mashonee is all smiles these days. The album represents a significant departure from her previous endeavors, taking on a decidedly more upbeat rhythm and blues flavor. ?The album is about rebirth and new beginnings; it reflects a phase in my life that has taken on a different shape and direction from anything I've done before,? she says. ?This music conveys my personal truths and beliefs.? In addition to providing all the vocals and piano, Jana wrote and co-produced the album.

Since the 2006 release of her GRAMMY-nominated concept album, American Indian Story, the Lumbee Indian singer-songwriter has not had a moment's rest. Amidst her demanding touring schedule which has taken her to 48 states as well as Europe and Canada, she found time in 2007 to shoot a video for American Indian Story's first single, ?The Enlightened Time.? Met with critical acclaim and enthusiastic fan response, the video has won numerous film festival awards, as well as a NAMMY for Best Short Form Music Video, Jana's seventh Native American Music Award.

Jana also recorded American Indian Christmas, a unique album of ten traditional Christmas carols, each sung in a different Native American tongue. ?I thought it would be special to do this album since many people have never heard, let alone heard sung, a Native language,? she says. Recorded with a full orchestra and traditional Native American instruments, this holiday album continues to receive rave reviews from press and fans alike.

At the start of the new millennium, Jana found success with chart-topping club hits like ?More Than Life? and her cover of Led Zeppelin's epic, ?Stairway to Heaven,? earning her the honor of being the first Native American female to land on the Billboard dance charts. Her powerful voice, uplifting message, and exotic beauty and style garnered widespread press attention.

Despite her fast-paced career, Jana has still found time to give back by establishing her non-profit organization, Jana's Kids, in 2002. Through the foundation, she helps Native American youth achieve their dreams. Starting in 2007, Jana's Kids began awarding the David L. Boyle Family Scholarship to Native students. ?I hope to raise more money so that I can fund a full two to four years of schooling for each person receiving a scholarship. That's my current goal.?

This is indeed an exciting time for Jana with New Moon Born set to take her career to new heights. Despite this, she is decidedly peaceful. ?Find the inspiration within yourself first and then you can help others,? she says. ?I believe everyone has the responsibility in their lives to influence other people positively.? Jana Mashonee is truly the embodiment of the ancient Lumbee proverb: ?She walks in beauty in two worlds.?

Jana has sent 100 copies of her CD to our Troops through Music For Troops.