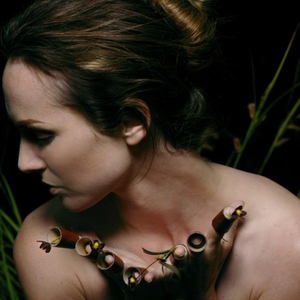 Jorane (pronounced "jo-ran"), is a pseudonym of Johanne Pelletier (b. 1975, Quebec, Canada), a French-Canadian singer / cellist. She is known for an avant-garde style, with a typically chamber / orchestral instrument, and an ability to sing whilst playing cello. Pelletier d?buted with the album "Vent fou" (1999, Tacca Musique) and her latest is "Une Sorci?re Comme Les Autres" (Feb 2011, Vega Musique).

Jorane's cello style has been compared to Tori Amos' piano. She has worked with Sarah McLachlan, amongst others.

Other discography includes: "The You and the Now" (2004, Aquarius), reached a more international audience; "Canvas or Canvass?" (2006, Tacca Musique), initially exclusive to her website and "Vers &agrave; Soi" (Oct 2007, Tacca Musique - aka "Vers A Soi"), with completely French lyrics, intimate vocals and the cello relatively abated - resulting in one of her most experimental albums.

The You And The Now