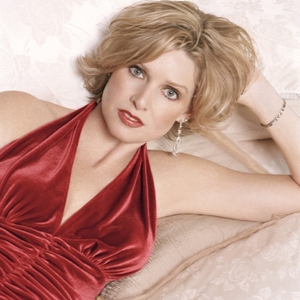 ?Always one of the brightest lights in the contemporary instrumental genre Fiona Joy Hawkins is poised to move into stardom and we have only to watch to see it happen? Will Ackerman (Founder Windham Hill Records). Fiona Joy Hawkins is and Australian pianist/singer who crosses genres from Classical to New Age, Jazz rhythms, and world influences . Having just released Christmas Joy (ABC Music Australia) in both audio and SACD formats, and LIVE at the Q (Global Journey US)...

Fiona Joy Hawkins is and Australian pianist/singer who crosses genres from Classical to New Age, Jazz rhythms, and world influences . Having just released Christmas Joy (ABC Music Australia) in both audio and SACD formats, and LIVE at the Q (Global Journey US), 2012 is shaping up to be another big year with Sensual Journeys to be released in May and an Australian and US tour in the pipe-line.
An ARIA Finalist in 2009 for Best World Music Album, MusicOz Award Winner for Best Jazz or Classical Artist, Fiona has been a finalist in over 43 Indie Artist Awards across 9 countries. Her previous album BLUE DREAM (ABC Music), received the highest ever ranking in the history of the New Age Reporter International Radio Charts, debuting at #1 and then winning the ZMR Album of the Year, Best Piano Album and Best Contemporary Instrumental Album.
On Christmas Joy: "Fiona Joy Hawkins breathes life into a traditional repertoire deeply in need of a new perspective and new energy. The recording offers an inventive and joyful approach to the music which has been taken for granted for decades. Both in her unique slant on traditional music and in her wonderful original compositions, Christmas Joy is an utterly brilliant creation and a recording of stellar beauty for the season." Will Ackerman - Founder Windham Hill Records.
Classically trained as a pianist, Fiona's music is thematic and melodic. With a keen eye on film she has always been interested in creating music that evokes images and emotions and tells a story.
Fiona first began playing and writing music as a child and cites Ravel's Bolero as an early influence. "I played this over and over and deconstructed every part, I absolutely loved it," said Fiona. Other musical influences include: George Winston, Prokofiev and Mendelssohn.
The family home was filled with music. "My father played Jesus in the Tamworth Musical Society production of Jesus Christ Superstar, Andrew Lloyd Webber's music was part of our lives."
Discovered by Will Ackerman in 2008 after winning Album of the Year in the NAR Awards on a keyboard and from a field including George Winston, Fiona had the opportunity to travel to Vermont to record an album at his Imaginary Road Studios.

?Fiona Joy Hawkins? BLUE DREAM began as the most ambitious project of my entire career and resulted in one of the most remarkable collaborations this genre has ever known. Blue Dream is unique and I'm as proud of it (and Fiona) as anything I've ever worked on in my 35 year career of Grammy Awards and gold /platinum records.?Will Ackerman (Founder Windham Hill Records)

?Blue Dream represents the very best of this music genre and follows in the great tradition of artists such as George Winston. This beautifully crafted album has already been hailed in the US as a work of pure genius?. ABC Music Australia:

Into The Mist (Audiophile Edition)