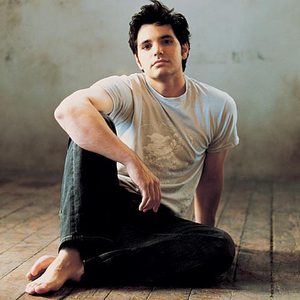 Pianist-composer-performer William Joseph's career began when he met David Foster, the 14-time Grammy-winning songwriter/composer/producer who has worked with everyone from Barbra Streisand to C&eacute;line Dion. ?I went up to David at a charity event and asked if I could play his piano and he said, ?Play something,' I felt my heart skip a beat because I knew that this was my moment.? Suddenly, Foster signaled to his band to join in and began conducting them. As William tells it: ?I'm playing this song I'd written and I'm thinking, ?Please don't mess up now.

Suddenly, Foster signaled to his band to join in and began conducting them. As William tells it: ?I'm playing this song I'd written and I'm thinking, ?Please don't mess up now.' I finish, everybody started applauding, and it was like a scene from a movie.? The original composition stopped Foster in his tracks. Foster says, ?I felt like I was looking at a younger, more talented, better-looking version of myself. A standing ovation later and I knew I had to work with him.?

William's sound, which could be described as ?classical pop' for its eclectic mix of genres have earned this young performer a growing legion of fans who appreciate the artist's polish as well as the crowd-pleasing verve he brings to his live performances and to his most recent album Beyond.

?When I sit down it's purely about the music. I focus on the emotion and the melody, then go back and think about what this story is telling me.? This statement is how William Joseph describes the process of composing his music, and audiences connect on the same visceral level the world-over. Touring with the likes of Josh Groban and Il Divo, fans have had the chance to connect with William in a live setting.

His vigorous playing style has also given him the chance to perform with the likes of Barbara Streisand, Natalie Cole, Kenny G, John Mayer and Alicia Keys. ?I absolutely love playing in front of an audience,? William says. ?Not only do I want to take people on a musical journey, but I want to connect with them and hear what they think, which is why I love meeting people after the shows. The fans are as much a part of this as everything else and I take that connection with them very seriously. In the end, I just want to bring as many people along with me on this adventure as possible.?