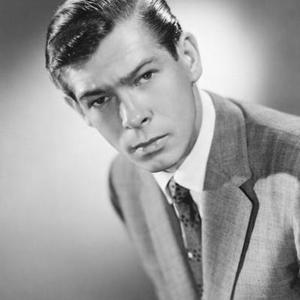 John Alvin Ray (January 10, 1927 ? February 24, 1990) was an American singer, songwriter, and pianist. Popular for most of the 1950s, Ray has been cited by critics as a major precursor of what would become rock and roll, for his jazz and blues-influenced music and his animated stage persona. Ray was born in Hopewell, Oregon, spending part of his childhood on a farm, eventually moving to Portland, Oregon.

Ray was born in Hopewell, Oregon, spending part of his childhood on a farm, eventually moving to Portland, Oregon. Ray was of Native American origin; his great-grandmother was a full-blooded Native American and his great-grandfather was Oregon pioneer George Kirby Gay of Berkeley, Gloucestershire, England. He became deaf in his right ear at age 13 after an accident during a Boy Scout event. It was his participation in the "blanket toss," a sort of variation of the trampoline, that traumatized the youngster's inner ear. Ray later performed wearing a hearing aid. Surgery performed in New York in 1958 left him almost completely deaf in both ears, although hearing aids helped his condition.

His first record, the self-penned R&B number for OKeh Records, "Whiskey and Gin", was a minor hit in 1951. The following year he dominated the charts with the double-sided hit single of "Cry" and "The Little White Cloud That Cried". Selling over two million copies of the 45 single, Ray's delivery struck a chord with teenagers and he quickly became a teen idol.

Ray's performing style included theatrics later associated with rock 'n roll, including beating up his piano, writhing on the floor and crying. Ray quickly earned the nicknames, "Mr. Emotion", "The Nabob of Sob", and "The Prince of Wails", and several others.

More hits followed, including "Please Mr. Sun", "Such a Night", "Walkin' My Baby Back Home", "A Sinner Am I", and "Yes Tonight Josephine". His last hit was "Just Walkin' in the Rain", in 1956. He did, however, hit again in 1957 with "You Don't Owe Me a Thing", which reached #10 in the Billboard charts. He was popular in the United Kingdom, breaking the record at the London Palladium formerly set by Frankie Laine.[citation needed] In later years, he retained a loyal fan base overseas, particularly in Australia.

Ray had a close relationship with journalist and television game show panelist Dorothy Kilgallen who gave a boost to his sagging career during his engagement at the Tropicana Resort & Casino in Las Vegas, Nevada in 1965.

In early 1969, Ray befriended Judy Garland, performing as her opening act during her last concerts in Copenhagen, Denmark and Malmo, Sweden. Ray was also the best man during Garland's wedding to nightclub manager Mickey Deans in London.[4]

Ray's American career revived in the early 1970s, with appearances on The Andy Williams Show in 1970 and The Tonight Show Starring Johnny Carson three times during 1972 and 1973. His personal manager Bill Franklin resigned in 1976 and cut off contact with the singer a few years later. His American revival turned out to be shortlived. He performed in small American venues such as El Camino College in 1987. Australian, English and Scottish promoters booked him for their large venues as late as 1989, his last year of performing.

Some writers suggested that the reason American entertainment bookers and songwriters ignored him in the 1980s was because they simply did not know who he was, or what his sound was like. His exposure during the new era of cable television was limited to a few seconds in Dexys Midnight Runners' 1982 music video for "Come On Eileen", using archival footage of Ray from 1954. He was name checked in the lyrics to "Come On Eileen" (viz "Poor old Johnnie Ray sounded sad upon the radio / he moved a million hearts in mono").

His other video appearance was in Billy Idol's 1986 "Don't Need a Gun", in which Ray appeared on-camera.