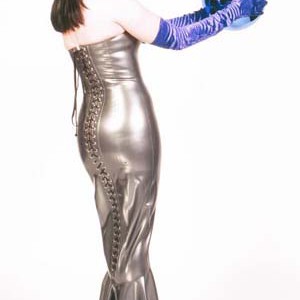 Wiedlin was part of the LA punk scene that spawned bands like X and The Dickies and went by the name "Jane Drano." As a member of The Go-Go's, she had a brief love affair with Specials and Fun Boy Three member Terry Hall. It was the ups and downs of this long-distance celebrity relationship with Hall that inspired the hit Go-Go's song "Our Lips Are Sealed". In 1983, Jane Wiedlin recorded "Cool Places" with the new wave band Sparks.

In 1984, Wiedlin was the first to leave The Go-Go's to pursue a solo career (largely because the group refused to let Wiedlin sing lead vocals on "Forget That Day" from the Talk Show album; it was one of many tunes that Wiedlin, a principal songwriter for the group, had authored). She released four solo albums, Jane Wiedlin (1985), Fur (1988) which included the top 10 hit single "Rush Hour", Tangled (1990), and Kissproof World (2000). She formed a punk band, Frosted (the unusual orthography coming from the fact Jane is a huge Star Trek fan), which released an album in 1995 to good reviews but poor promotion and sales. In addition to "Rush Hour," notable singles include "Blue Kiss," "Inside A Dream," and "World On Fire," the latter of which sported a semi-controversial video.

Wiedlin has done voice acting work, such as appearances on the animated program Mission Hill as Gwen, Andy's girlfriend, seemingly made out to be cooler and more mature than border-line deadbeat Andy. Jane appeared in the 1989 film "Bill and Ted's Excellent Adventure" as Joan Of Arc.

After a successful tour and clearing of the animosity which had contributed to the original split, The Go-Go's reformed as a regular unit in 2000. The band released God Bless the Go-Go's in 2001, its first studio effort in 17 years.

Her track "Rush Hour" was recently remixed by a team of producers including James Hockley and Ed Lucas, as well as two un-named but "well known" music industry figures, under the moniker "SJB". The track was featured on the Ministry of Sound 2007 Annual.