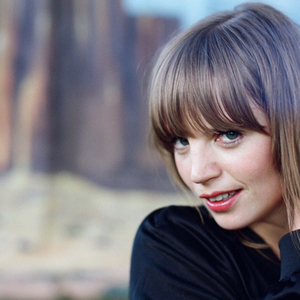 Ingrid Olava Br?nd Eriksen (known as Ingrid Olava, born 18 March, 1981) is a Norwegian musician and singer and musician, best known for her debut single "Only Just Begun" from 2007 and as a backup singer for Madrugada. After hearing her live performance, EMI Music Norway invited her to play in a studio, and later signed her. Ingrid grew up in Lillehammer, where she began to play on a piano in the neighbor's basement, eventually teaching herself the song "Do-Re-Mi" from The Sound of Music. She names Trond-Viggo Torgersen and Billy Joel as some of her first musical influences.

Ingrid grew up in Lillehammer, where she began to play on a piano in the neighbor's basement, eventually teaching herself the song "Do-Re-Mi" from The Sound of Music. She names Trond-Viggo Torgersen and Billy Joel as some of her first musical influences. She went on to play with the local Ten Sing, and became a regular performer at the Felix rock cafe in Lillehammer, where she was subjected to alternative rock and punk

Ingrid Olava was 20 years old before she began singing seriously. Her first gig was at Ut?ya, at a youth camp, but the first breakthrough was at a concert at the John Dee Live Club & Pub, in November 2004, where she warmed up for Vidar Vang.

In the summer of 2006 Ingrid Olava played on several festivals, including the Quart Festival, the Slottsfjell Festival, Tr?na and Klubb?ya, and was praised for several of her concerts. In the fall of 2006 Sivert H&oslash;yem and Frode Jacobsen attended one of her concerts in Oslo, the result of which was that she joined a two-month tour as supporting artist for Madrugada.

Olava was also a member of the Lillehammer-based band Shit City, but left them in the 2007. In the summer of 2008, she played on the Hove Festival, Tr?na, and ?yafestivalen where she surprised with her interpretation of Leonard Cohen's classic "Take This Waltz". She has also accompanied several other Norwegian artists, such as El Cuero.

After the record company EMI Music Norway heard her at a concert, they invited her to a studio with a giant grand piano, and told her to play. "At first, I played several of my own [songs]. Then I asked if they wanted to hear more. Which they did, so I continued with both my own and others' [songs]." The session resulted in a record contract and the debut album Juliet's Wishes, produced among others by Frode Jacobsen of Madrugada. Ingrid Olava Br?nd Eriksen received two Spellemannprisen-nominations for the album, Newcomer of the Year and Best Pop Composition, for the song "Back To Love". The single "Only Just Begun" was first played at by:Larm in 2007, and received acclaim from both audiences and critics. According to Br?nd Eriksen, the song is inspired by "The Ballad of Bonnie and Clyde".

In 2008, she recorded a version of "Her kommer vinteren" ("Here Comes the Winter"), originally written by Joachim Nielsen and performed by Jokke & Valentinerne. The song was an unexpected success, and was put into heavy rotation on NRK P3. Br?nd Eriksen subsequently made an agreement with Christopher Nielsen that all proceeds from the sales of the song would go to the Rainforest Foundation Fund.[10]

Br?nd Eriksen's second album, The Guest, produced by Frode Jacobsen and Alexander Kloster-Jensen, will be released in February 2010.