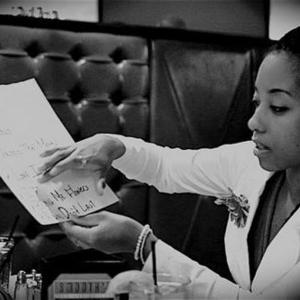 There are many artists going by the name of "Hope". www.discogs.com list 14 artist by the name of Hope plus another 9 artist whose name is a variation of Hope. The earliest is from 1977. The last is 2008. In 1992, an artist by name of Hope whose real name is David Hope appeared with a song called "Generations" with a follow up song in 1993 called "Tree Frog". Remixed by Hot Tracks in 1994 and appears Roadkill! 1.09 (1994) and Hot Tracks 15th Anniversary Edition 17 CD Set.

Probably the first was an English pop group, formed in 1988 after The Visitors split up. Arguably more successful as they apart from releasing a flexi also cut a vinyl 7" for the now legendary German label A Turntable Friend. That single, called "Funny", came out in 1992.

Secondly, the Los Angeles-based vocalist Hope song-cries with a humble, quiet-fire lucidity-- as autumnal as apple juice but as clear as the rain. Her voice, breathy and bittersweet, occasionally cracks Crow-esque, but is ultimately distinguished by an earthier, spiritual sheen that comes feathered in two shades of pain and survivor-guilt soulfulness. Any skepticism concerning Hope's sonic sorcery is purged once you lean into her sound's religion and let the lullabies wash over you like a promise. "The Rain Don't Last", Hope's new single, does just that. Insightful lyrics loom like some silent peninsula, over minimalist, acoustic-soul strumming. The mood here, while at first melancholic, soon shifts to... well...hopeful, as the recent Atlantic signee reminds us that while the sun may not always shine, it's best to just "let it go." Granted, the whole "chin up" theme has been touched before-- it's practically legal tender. Hope, however, manages to take the cliche and, in her breezy alto, make it sound like the blissful riddle to someone's math-encrypted void. Peace and piety seem only a mother's kiss away. [Will Dukes] A clear voice, a pure new sound, a petite musical messiahNo other name could be more fitting for the beautiful lady who has become something of a legend for music lovers everywhere. Whether its her gentle melodies that merge rock and soul, or sultry vocals over her acoustic guitar, her incomparable soothing voice says it all. Hope is like a breath of fresh air in step with the rhythms of life. Her harmony is so pure and her voice so sweet that it melts your soul. Hope is clearly a musical genius. When you hear her, expect musical boundaries to disappear. Her Debut CD -- Hope -- is soul-baring storytelling set to music at its best. Each song is a delicately crafted blend of lyrical imagery, sultry rhythms, pure vocals, and universal truths. As one of her adoring fans says: Hope is the searing voice of the collective imagination.Her subtle strength is her ability to capture the human experience and translate it into song.

To find out more about Hope visit: http://www.myspace.com/hearhope

Third, a British girl group created by ITV1 talent show The X Factor in 2007. The group, consist of Charlie Mole , Emily Biggs, Leah Lauder, Phoebe Brown and Raquelle Gracie. They originally auditioned for The X Factor as soloists but failed to make it past bootcamp. Louis Walsh thought the girls would be good as a group thus Hope were greated. They were mentored by Simon Cowell on the show and came 5th place overall.

Since The X Factor Hope have signed a management deal with Solo Management, and have been performing at gigs all over the UK supporting Westlife and Boyzone on tour and also made an appearance on the Isle of Wight Festival 2008!

Fourth, Hope are an exciting new Swedish band with members who have a strong pedigree in the rock music industry, and lead vocalist Henrik Thomsen has kept his best songs till now! Thomsen is the principal songwriter of the band and he certainly knows how to pen a song with plenty of melody. The structure is what you would expect from a Swedish rock band with a background such as theirs, and the sound just flows effortlessly. Strangely, in places they have a leaning towards early Bryan Adams (Reckless period) which is no bad thing and the addition of respected musician Jim Jidhead (solo, Alien) in the songwriting department especially makes ?Bring down the Stars? a song to remember.

Fifth, There is also Canadian Punk Rock band under the name Hope.

All Of My Days

Speak From the Heart