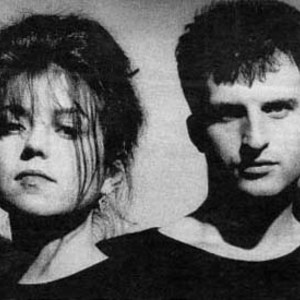 The Sundays were an influential british indie group of the late 1980s and 1990s. Singer Harriet Wheeler and guitarist David Gavurin formed the band in college at bristol, soon adding bassist Paul Brindley and drummer Patrick Hannan. Comparisons were drawn with original label-mates The Smiths, and bands such as Cocteau Twins, and 10,000 Maniacs. Their level of commercial success was almost unprecedented by an indie act when their first album 'Reading Writing and Arithmetic' (rough trade, 1989) debuted in the British charts at number 4...

Their level of commercial success was almost unprecedented by an indie act when their first album 'Reading Writing and Arithmetic' (rough trade, 1989) debuted in the British charts at number 4, (even cracking the US Top 40) with little publicity and almost a year after the legendary single and John Peel fave 'Can't Be Sure' peaked at number 45. This now seminal album also featured the single "Here's Where The Story Ends" (more recently covered by 'Tin Tin Out') and other classic indie pop tunes 'Skin & Bones', 'Hideous Towns' and 'I Kicked A Boy'.

A US tour and a (soon to become infamous) "break" preceded follow-up album 'Blind' (1992) for which sky-high critical expectations couldn't be met, though single 'Goodbye' fared well reaching number 27. It was a long wait before third and most recent album 'Static and Silence' (parlophone, 1997) was released, followed by a 3-date UK, and 14-date U.S tour. Single "Summertime" (possibly one of the most summery singles ever released) was taken from this album, and garnered airplay in most parts of the world, although the follow-up "Cry" didn't fare quite as well. Gavurin formed a friendship with the comedian David Baddiel when growing up in North London, which would lead to the Sundays providing the song "Another Flavour" (sans vocals) from Static and Silence as the theme tune to the Newman and Baddiel in Pieces TV series.

More recently the B-side to earlier single "Goodbye" a cover of The Rolling Stones' 'Wild Horses' featured in the soundtrack to cult/hit TV series buffy the vampire slayer, earning them a whole new audience.

Can't Be Sure (Vinyl)