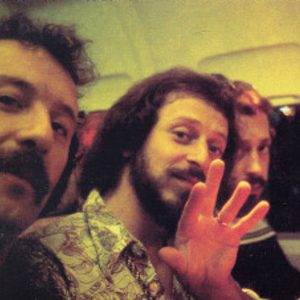 After ?The Shakers?, a Beatles-esque group from Uruguay formed by the Fattoruso brothers, Hugo Fattoruso and Osvaldo Fattoruso were contacted by the bassist Ringo Thielmann to form a new band. After various years of touring with Airto Moreira, in 1974 they started to record their first songs under the name ?Opa?, a usual Uruguayan expression simply meaning ?hi, how are you doing?? However, it's in 1976 when they are able to release their first proper studio album...

However, it's in 1976 when they are able to release their first proper studio album, ?Goldenwings? (not a translation), with the help of Hermeto Pascoal, already a famous eccentric Brazilian jazz/latin artist, and of David Amaro, handling the guitar duties.
In 1977 they release their second and final album entitled ?Magic Time?. The highly praised Uruguayan percussionist and vocalist, Ruben Rada, joins the band for this album as well as Airto who hadn't participated in the debut.
After playing live in 1980 in Montevideo, Uruguay, they disbanded since they really had no commercial success besides cult-followers.
In 1987 the group rejoins to play live and they release their first live album called ?Opa en Vivo? (Opa Live) which is later reissued as ?Opa en Vivo 87 & Rarities? that included bonus, as the title says, a couple of rarities from the early years of the band.

?Opa? is an exotic Latin jazz fusion band which incorporates Uruguay's own percussive genre, Candombe, as a special feature. Indeed an excellent band to check out if you're looking for soulful fusion.