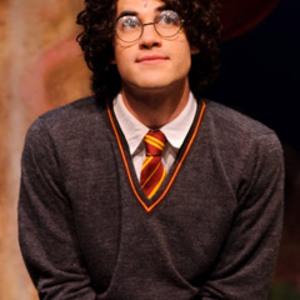 There are seven artists with this name: one Brazilian act, one Slovenian, two English, one Japanese and two Dutch. Each of them play a different genre of music. 1. Harry hails from Brazil. Founded in 1985, Harry was born in the city of Santos in Sao Paulo. With Hansenharryebm on vocals and guitar, Cesar Di Giacomo on drums and Richard Johnsson in the bass, the group began a career playing rock "noisy" sung in English.

1. Harry hails from Brazil. Founded in 1985, Harry was born in the city of Santos in Sao Paulo. With Hansenharryebm on vocals and guitar, Cesar Di Giacomo on drums and Richard Johnsson in the bass, the group began a career playing rock "noisy" sung in English. However, with the entry of the producer and keyboardist Roberto Vert, soon changed its sound to a rock and experimental electronic with influences ranging from bands like The Clash and Kraftwerk to writers like Neil Gaiman and Alan Moore. Harry has also contributed a cover of the New Order song ?Doubts Even Here? to the first ever New Order tribute album ?Essence?. site: www.harrynet.com.br

2. Previously going by the name 'Dirty Harry', Victoria Harrison originally hails from London, England but currently resides in Los Angeles, California. Her first mainstream single was ?So Real? which at the time was frequently played on music channels such as ?Kerrang? The follow up ?Imagination? came to be a selection on a wider range of music channels such as ?The Box?.In the past her entire back catalogue was available for download on her website http://www.dirtyharryrocks.com, but this appears to be a dead link. She regularly performs at LA's The Viper Room. She appeared on Tommy Lee's album Tommyland: The Ride on the track Makin Me Crazy.
She now DJs as The Amazonica.

3. The Slovenian Harry is a melodic punk/rock band from Ajdovscina. They have so far released one album and performed live all over Slovenia.

4. The other English artist is Harry Glazebrook, a distinguished DJ, filmmaker and man about town. He is partly responsible for Bristol's infamous ?Normalise' parties as well as being a founding member of the Westcountry Shakedown organisation. As a DJ he mixes and blends all sorts of styles, from bathtime techno through to the roots of dubstep via old-time music.

5. Harry is a Dutch punk/hardcore band residing in the eastern region of the Netherlands, where they perform from time to time. They've released one selftitled cd.

6. The Japanese HARRY is a male vocalist and guitarist from Tokyo. He is an ex-member of Japanese rock band The Street Sliders. After The Street Sliders disbanded in 2000, he started his solo career in 2001. He has performed live all over Japan, and released three albums, including an album of all cover tunes of The Street Sliders, one mini-album, three live albums, and four live DVDs so far.

7. Th seventh Harry is also Dutch. He performed on the Dutch version of X-Factor 2009, but didn't make it to the finales. He has released one CD, called Fly Me To The Moon, with only cover-tracks.