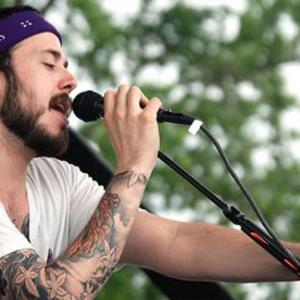 Matthew Burton Morris (born May 9, 1979) is an American singer-songwriter from Denver, Colorado. The son of country music star Gary Morris, Morris made his show business debut on stage with his father. He was in the cast of The Mickey Mouse Club from 1991 to 1995 (Seasons 4-7). His songs have been recorded by artists including Justin Timberlake, Kelly Clarkson, and Christina Aguilera, the latter two scoring top ten US hits.

Morris and Aguilera co-wrote five songs on her Stripped album, including the hit ?Can't Hold Us Down? "Walkaway" "Loving Me For Me" "Infatuation" "Unappreciated" ; they also wrote Kelly Clarkson's hit, ?Miss Independent.? Most recently a song of his appears on Reba McEntire's Reba: Duets album, which McEntire sings with Justin Timberlake.

In 2003, Morris recorded and released an independent album titled, UnSpoken.

He performed at 2008's Bonnaroo Music and Arts Festival and, on September 23, 2008, released a five song EP entitled "Backstage at Bonnaroo and Other Acoustic Performances".

In fall 2008 he toured extensively with Joan Osborne.

Morris is currently signed as a recording artist to Tennman Records. His debut album on Tennman, When Everything Breaks Open, was released on January 12th, 2010

What is it that separates Matt Morris from so many other recording artists? When you peel back all the layers ? the diverse moods, styles and topics he sings about ? there is one common denominator: They reflect Matt's dedication to living and writing about a meaningful life.

In an increasingly rushed and rude world, in which politicians and talk radio hosts hurl epithets and insults, where honest disagreements are shouted down by dishonest rhetoric, Matt Morris gives voice to our best instincts. ?We're looking for a way to make it better/Looking for a way to change the weather,? he sings in ?Live Forever? from his new album When Everything Breaks Open on Tennman Records. On the album, Matt embraces the personal and political, the romantic and the spiritual, in a way that recalls Stevie Wonder's 1970s streak of masterworks.

He can build epic emotional epiphanies such as ?Forgiveness? and ?Eternity,? and switch gears with the rhythmic ?Money.? He is bold and fearless with sarcasm on ?The Un-American,? where Morris holds up a mirror to the demagogues of divisiveness and asks: ?What if you're the un-American?? The dynamic singer is also at home with the ambitious ?Don't You Dare?, on memorable love songs like ?Just Before the Morning,? and shows his compassion with his message in ?In This House.?

When Everything Breaks Open was produced in Austin, Texas, and in Los Angeles by Charlie Sexton and Tennman label founder Justin Timberlake ? two names you wouldn't intuitively expect to team up in the studio. ?Charlie and Justin can be seen as representative of different sides of my music,? Morris says. ?There is an earthy, rooted, sometimes melancholy side to some of my writing that is in line with Charlie's personality and approach. There is a playful, high-energy, soulful side that speaks to who Justin is, as a person and producer. The two people are very different from one another, but they both have impeccable instincts.?


Morris has known Timberlake since the early 1990s, when the two were child co-stars of that era's edition of ?The All New Mickey Mouse Club.? Morris was on the show for four seasons, from 1991-1995. Even before what was popularly known as MMC, Morris was a stage savvy performer. His father is country artist Gary Morris, former Broadway actor and once one of country's biggest stars. His parents divorced when he was young; he lived with his mother in Denver, but on summer vacations, he would often join his father not just on the road, but on stage.

In addition to Timberlake, Morris' friends and contemporaries from the show included luminaries such as Christina Aguilera, Britney Spears, Keri Russell, Ryan Gosling, and JC Chasez. While many of his cohorts leveraged their Disney Channel exposure to successful pop and acting careers, Morris craved teenage normality, and the family headed back to Denver. ?At 15, all I really wanted to do was hang out, get my learner's permit, and not work? Morris says. ?I didn't want to be a celebrity; I wanted to be a kid."

During the summer between his Junior and Senior years in high school, Matt worked as a volunteer health activist for the non-profit organization, Amigos de las Americas. He worked in a remote village in Paraguay, South America, teaching hygiene to locals and assisting with sanitation. Matt's experience with Amigos was a precursor to the work he would do as a partner artist with the Flobot's non-profit, FightWithTools.org, an organization committed to providing support on many levels to communities in need.

Morris reunited as a collaborator for some of his fellow Mouseketeers as they pursued their music careers. Morris and Aguilera co-wrote five songs on her Stripped album, including the hit ?Can't Hold Us Down?; they also wrote Kelly Clarkson's hit, ?Miss Independent.? Morris teamed up with Timberlake to craft ?The Only Promise That Remains? ? a duet performed by Timberlake and Reba McEntire for the Reba Duets album. The pair also wrote ?All Over Again (Another Song)? produced by mega-producer Rick Rubin, for Justin's 2008 FutureSex/LoveSounds.

?To write for another person is to channel that person's artistic vision,? Morris says. ?I work to become aligned with their intentions, and allow my words to speak as close to their perspectives as possible. I think that's why it is so easy for me to write with Justin, and why my time with Christina yielded so many songs. I know them; we have a shared context.?

Morris' own music occupies a time and space entirely different from the songs he has collaborated on. In 2003, Matt released the DIY album, UnSpoken, and over the last couple of years has toured with Grammy award winners The Indigo Girls and Joan Osborne. In 2008, he performed at the Bonnaroo Music Festival, which spawned a five song EP ? Backstage at Bonnaroo and other Acoustic Performances.

All these years of work paved the way for When Everything Breaks Open, which was conceived in a Middle Eastern restaurant in New York City. ?Justin had just performed on ?Saturday Night Live? for the first time, and I was there to support him and watch the show. At dinner after the show, he told me he was going to start a label of his own, and that he wanted to sign me as his artist. He said he was going to help me share my music with the world, and I believed him.?

On When Everything Breaks Open, Matt Morris has grown from an award-winning songwriter to a multi-talented recording artist with the first ambitious release of 2010.

When Everything Breaks Open