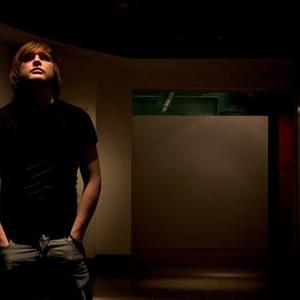 It was only a matter of time before one of Scotlands leading young techno producers burst onto the worldwide underground dance scene. His first release on Philladelphia's 'Worship Recordings' label in 2005 was only the beginning for this talanted artist, as In 2008, Ritchie Hawtin's 'Minus' signed the massive 'consumed', and Gary has never looked back. His deep but fresh quirky style is in demand from Glasgow, to Tokyo and all over Europe, and is well respected for the party atmosphere he creates.

Gary can count on support from many of the biggest names in Techno, including Josh Wink, Dubfire, Chris Liebing, Len Faki, Slam & Richie Hawtin.
His style can be heard on labels such as Soma, Edit Select, Minus, Figure and many more. He is always in high demand for remixes, and has recently remixed for artists such as Christian Smith, Audio Soul Project & Mark Broom. Gary is also working on new material for his own imprint 'Bek-Audio'. The first release on Bek001, 'Over to you' was immediately picked up by Hawtin & Dubfire to name but a few, and stormed into the Beatport techno chart top 10.