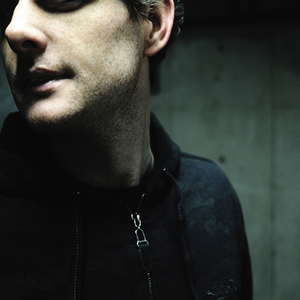 London's Mark-Henning has risen up as one of the international underground's true players - recording for a volley of acclaimed European labels. Having released his debut album on the legendary UK label Soma Recordings in the summer of 2008 to great acclaim, he's busy DJing and touring his Live PA all over the world (from Australia to Japan, Russia to the USA). He also holds a residency at the HOME events near Frankfurt in Germany.

Mark-Henning's sound sits somewhere between house and techno, with a healthy dose of futuristic bleeps, wonkyness, funk, darkness, groove and deepness. He has established his artist career not just through his productions - on labels such as Soma, Cynosure, Trapez, Freude am Tanzen, Foundsound, Einmaleins, Frankie, or Hypercolour - but also through his worldwide performances (having played at clubs such as Fabric, Watergate, Privilege, Bar 25, The Egg, Panorama Bar, The Arches and Harry Klein to name just a few).

His tracks have been licensed to recent FABRIC and M-NUS compilations - as well as achieving airplay on radio stations worldwide. He's a much respected producer in the scene and his records are supported and played out regularly by the likes of Ricardo Villalobos, Craig Richards, Akufen, Mr C and Richie Hawtin. As a remixer, he also keeps busy - having reworked tracks by artists such as Gaetano Parisio, Mr. G, Brett Johnson, Tigerskin and Chris Fortier.

Born in 1977 to English and German parents, he has spent most of his life in England, though has never forgotten his German techno roots and has recently relocated to Berlin.